The 2017 She Leads Conference will be held on Thursday 1 June at QT Canberra, with the She Leads Cocktail and Networking function to be held the night before, on May 31. Tickets and program details are now available at 2017.sheleads.org.au.

Open to all, the She Leads Conference brings women from a range of sectors, at all stages of their leadership journeys, together with Australia’s most inspiring women leaders. This year, our program explores the theme ‘Challenge’ – focusing on stories of overcoming personal and professional challenges and experiences from women leaders who are transforming their workplaces, industries and communities. 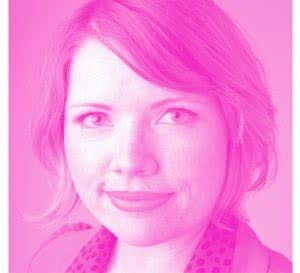 Clementine Ford is a Melbourne based writer, speaker and feminist thinker. She is a columnist for Fairfax’s Daily Life and is a regular contributor to The Age and the Sydney Morning Herald. Through her twice weekly columns for Daily Life, Clementine explores issues of gender inequality and pop culture. Her ability to use both humour and distilled fury to lay bare ongoing issues affecting women has earned her a huge and loyal readership amongst both women and men. Clementine’s work has radically challenged the issues of men’s violence against women, rape culture and gender warfare in Australia, while her comedic take on casual sexism and entertainment has earned her a reputation as an accomplished satirist. Clementine’s work has also appeared in the Guardian, Cosmopolitan, Girlfriend, CLEO, Sunday Life, and The Big Issue.

Clementine’s number one mission is to speak openly and honestly about the state of the world as we live in it. She hopes to give other women the language and confidence to articulate their own feelings of frustration and anger.

Unexpected, improvised and constantly evolving and learning thanks to the leadership of others.

The particular area that I work in is one that features a lot of intense trauma for women and other survivors of patriarchal violence. It is a huge privilege to be trusted with some of those stories and one I don’t take lightly. The challenge is in being able to handle these issues sensitively but also in a way that refuses to compromise for a hostile audience.

We don’t just need more women leaders. We need more diversity in leadership full stop. That means more people of colour, more folks from trans and gender diverse backgrounds, more representatives from the disabled community, more variety in economic status. Women as an umbrella term isn’t diverse enough in itself to truly decolonise the structures of power as they exist now.

The Art of War.

Clementine is a keynote speaker at the She Leads Conference on Thursday 1 June 2017. Find out more and book your ticket here.