The 2018 She Leads Conference, happening 1 August 2018, brings together some of Australia’s biggest and brightest names from diverse industries and backgrounds to share practical advice and skills on learning to rise, lead, and take other women with you. One fantastic woman speaking at the Conference as facilitator on the panel Creating Structural Change to Rise, is Michele Fonseca.

You were the ABC’s Head of Community Engagement, responsible for leading the ABC’s key initiatives around community engagement and diversity and inclusion. Tell us a bit about what this involved? 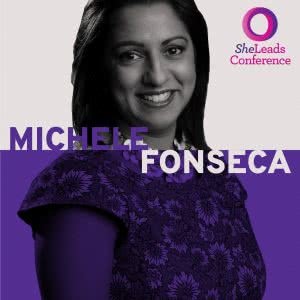 In this role, I led a fantastic team who had a number of responsibilities – principally, to make the ABC a part of Australian community life, and to help make the ABC look and sound more like Australia (in other words, to inject greater diversity into the ABC’s workforce and its content). In terms of our work in the community engagement space, our vision was for the ABC to be more than just a media service and we worked hard to turn the ABC’s amazing content into memorable experiences for Australians. Our most recent highlight was earlier this year, when we led a major community initiative linked to the Stargazing Live program. Our team worked with hundreds of community groups across Australia to set a new Guinness World Record for the most number of people stargazing simultaneously across multiple venues!

What insights does your experience give you on the importance of diversity in the media and in workplace?

It’s all about relevance. The reality is that if the ABC doesn’t reflect the rich diversity of Australia, then it risks becoming irrelevant. Australians have so much choice now about where they get their news and entertainment from, both in Australia and overseas. So if they can’t see something of themselves or their communities in ABC content, it’s very easy for them to turn elsewhere.

In a previous role at the ABC, I helped lead the process for expanding ABC News content onto digital platforms. This was not just a technology change, it also involved re-skilling our teams and encouraging our content makers – many of whom had spent their careers producing television and radio content – to see the value of producing quality stories for smartphones and other devices. ABC News is now a leader in the digital space, and I’m proud of the role I played in that transformation.

My leadership journey has very much been about learning and growth. I am a big believer in the idea that you never stop learning, so over the past decade I have moved into roles which I’ve thought would keep me on my toes and help me to develop, rather than choosing roles which may look good on my CV. In terms of my leadership style, a previous manager once gave me a valuable piece of advice – to bring together teams of people who are smarter than you, and to listen to them and back them fully to do their jobs. This advice has been liberating – recruit a brilliant team and support them, and they will invariably make you look good!

I have a number of amazing, inspirational people in my life. Top of the list would be my mum – an eternal optimist and a great believer in the adage that you have to make the most of whatever hand you are dealt. She has never forgotten the experience of migrating to Australia with my dad in 1976 when they didn’t know a soul here. They built a wonderful life for my sisters and I and over the past 40 years or so, mum has paid it forward – she has devoted a lot of time to helping newly arrived asylum seekers, as they attempt to build their lives in Australia.

If there’s one single thing I hope I have been able to do to support some of the women I have worked with over the years, it is to help them to see how amazing they are. Women can be quite self-effacing and it can sometimes takes someone else pointing out their strengths and talents, for them to see it. I hope I have been able to support some of my colleagues to stretch themselves, apply for that promotion or see themselves differently, in part because of the faith I have shown in them.

See above! One of my previous managers was also an incredible mentor. She saw in me the potential for leadership positions well before I recognised it – and she offered me opportunities because she had complete faith that I’d get the job done well. Her unquestioning belief in me (when I at times was riddled with self-doubt!) helped push me higher and higher.

To hear more from Michele Fonseca, register to attend the 2018 She Leads Conference.