With the ACT election looming,  we are meeting the women candidates standing for election for the ACT Legislative Assembly, to learn a bit more about them and their priorities for the community.

Tell us a bit about yourself 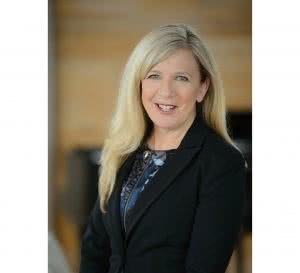 I am married with two teenage children and have lived in Canberra for 25 years. I first came here in the early 1980s to study at the University of Canberra where I completed a BA in Professional Writing and Journalism. I came back in 1993 to take up a role at the University of Canberra working with international students and stayed. Since then I have worked in many different roles – but the ones I enjoyed most are those that allowed me to make meaningful connections with people. Over the years I have been involved in a wide range of activism issues such as refugees, human rights, animal rights and was the founding member of Young People Against Racism (when I was young!). Recently, as Executive Officer for ACT Shelter, I had the privilege of working closely with local community groups to improve housing outcomes for people on low incomes.

In the role at ACT Shelter I learned that appropriate housing is critical to enable people to live meaningful and fulfilled lives as part of the community. Yet despite the wealth of our city, there are many Canberrans who do not have access to such housing and are living their lives on the margins. It is the failure of governments to adequately respond to this issue which has led me to stand for the 2016 election.

What is something that people may be surprised to know about Ginninderra, and what do you see as the key issues facing the electorate?

Well, just on my shopping centre campaign hustings I have been personally surprised at the number of people who are knowledgeable about housing policy. I am also surprised they are aware of the true nature of homelessness in the ACT and find I don’t need to work hard to convince them of the severity of this issue.

Anecdotally it would seem that the electorate is the least accessible transport-wise and I am testing this with people in my electorate during my campaign.

The barriers to gender equality are obviously entrenched and complex. But taking the perspective that access to safe, secure, and affordable housing is a necessary basis from which to participate as a fully functioning member of the community, I would ensure that gender is factored into the responses to this need. For example, it is now well-documented that older women are a growing cohort dangerously at risk of slipping into homelessness.  A report by ACT Shelter that I led 2 years ago showed that older women are more vulnerable as a group than men in the same category due to various aspects of their typical life pattern. This includes: staying home to raise children; undertaking unpaid volunteer work to support their community; having little or no super; reduced assets from uneven relationship breakdown settlements;  and lower pay! This means that women are more likely to be in housing stress than their male counterparts.

In response to this I have developed a pilot model which I am discussing with local developers based around small to medium sized town house developments featuring an attractive but affordable design with some shared amenities (such as laundry, garden etc). The developments would be situated close to transport and amenities, and offer housing to older women from diverse backgrounds and incomes, and include a range of tenancies and ownership models. The model could involve a community housing organisation as tenancy managers.

If I am successful in being elected to the ACT Legislative Assembly it will be one of my priorities to develop initial pilot models along these lines to house older women at risk of homelessness not only in new greenfield sites currently being developed, but also within the current public housing sites undergoing renewal (which currently do not plan to include any public or affordable housing) especially along the Northbourne Avenue / light rail corridor.

My passionately held belief is that housing is the firm basis that all people need to take part in the activities of living and contribute to our community. Without it we cannot find employment, get our kids to school or begin to work on any personal problems we may have. I believe that the immediate provision of appropriate housing is a mandatory response in all three priority areas.

That everybody, no matter what their income, has access to housing that is appropriate to their needs, secure, and above all, affordable!