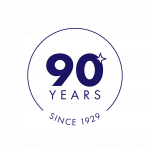 YWCA Canberra is a feminist not-for-profit organisation that has provided community services and has represented women’s issues in Canberra since 1929.

This year we celebrate ninety years of providing essential, quality services for women, girls and families in the ACT and surrounding regions.

Our history is bound to the history of Canberra shaping itself in response to changing local, and societal contexts.

“It is hard for most of us to imagine what Canberra would have been like in 1929.  With a tiny population, no infrastructure and few housing options, the prospect of establishing an organisation seems a daunting and impossible task. To think that a group of women, with only a vision and commitment planted the seed that grew into the strong trees that is the organisation today seems I some ways fantastic. We trust that to date we have done them proud.”

Rebecca Vassarotti, YWCA Canberra Executive Director 2003-2013
[extract from A Work in Progress, A History of the YWCA of Canberra 1929-2009]

Of all the ways you can help us celebrate and honour the 90 years YWCA Canberra has been contributing and serving the community, we would most love to hear and celebrate your story of what YWCA Canberra means to you.

Today, driven by our vision of Girls and Women Thriving, we continue to provide innovative and leading services to women and the broader Canberra community. We deliver 30 quality programs across 20 locations, in the areas of children’s services, community development, housing, youth services, women’s leadership, advocacy and training. Through our programs and services, we work with women, men, girls and boys, in the ACT and beyond.

Through our national Affiliate Association with YWCA Australia, YWCA Canberra is part of a World YWCA network which connects 120 countries around the globe.

In recognition of YWCA Canberra’s outstanding contribution to the Canberra community throughout its 90 years of operation. The Chief Minister’s Canberra Gold Award recognises and celebrates the unique contribution made by individuals and groups who have made Canberra their home for fifty years or more, and the role they have played in shaping our city and community.

YWCA Canberra has provided housing support to women and the broader Canberra community for more than 60 years, commencing with the opening of Leave House in Mort St by Lady Gowrie in 1942.

Rentwell is our property management service that provides affordable rental properties owned by private investors to people who are struggling to secure and maintain tenancies in the mainstream market. The addition of Rentwell to our Housing Unit portfolio enables us to further contribute to the pool of affordable housing options in the ACT, building stronger communities and making Canberra a more inclusive and liveable city for everyone.

Launch of the Hidden Women

Hidden Women is a short documentary film highlighting the experiences of older women in housing and the confluence of gaps in policy and service delivery that have exacerbated the situation.  Single older women comprise a rapidly growing cohort of those experiencing housing insecurity and homelessness in Canberra. Crucially, Hidden Women puts an everyday face on housing insecurity for older women and adds to the voices urging for change and support in this sector.

YWCA Canberra’s Great Ydeas Small Grants Program provides funds to local women, including female identifying and non-binary people and girls, to pursue a professional development opportunity, pilot a project, kick-start a business idea, or address a need in the community.

The program was launched in 2010 in celebration of YWCA Canberra’s 80th anniversary. Since then, more than 60 women have received grants.

Awards are prioritised to projects that empower women in the local community and that have the potential to grow beyond the initial funding provided.

Release of the report, Leading the Change: the Pathway to Gender Equality

The Leading the Change: the Pathway to Gender Equality Report Card assesses the progress of the ACT Government against the ACT Women’s Plan 2016-2026, highlighting changes that would transform the ACT into the leading jurisdiction in Australia for gender equality.

We proudly opened the YWCA Canberra Computer Club House based in Tuggeranong in 2014.  Open to all young people in the region who are aged between 10-18 this resource, the first computer clubhouse in the ACT, provides a creative and collaborative out-of-school learning environment with free access to cutting edge technology.

The Clubhouse facilitates creativity and collaboration, as highlighted by the recent What’s Your Reality project where ten Clubhouse members volunteered their time to be ‘topic experts’ in producing nature-based virtual reality (VR) content for the disability sector. The young people were part of a team with the Clubhouse and ACT Parks and Conservation Service (PCS) to plan, film and produce nature-based VR experiences, in a pilot program providing footage for the New Horizon’s Parallel Parks platform.  The program was awarded an Innovation Award at the Volunteering and Contact ACT 2019 Volunteering Awards.

Continued growth and leadership of our children’s services

Today we provide education and care services for over 3,250 children, employ over 200 educators.  We opened two new childcare services: Winyu Early Childcare Service in Gungahlin in 2015 and Fairly Early Childhood Service in Murrumbateman in 2017.

Winyu received the 2017 NAPCAN ACT Play Your Part Award, marking the first time that a childcare provider has been recognised in this category.

Continued recognition as Employer of Choice

For the 5th year in a row, YWCA Canberra has continued to be recognised as an Employer of Choice by the Workplace Gender Equality Agency (WGEA).

Expansion of our She Leads program

The She Leads program is a leadership pathway for women, including female-identifying and non-binary people, who are looking to explore and develop their leadership potential. Through the She Leads program, the next generation of women leaders, from all sectors and industries, are being equipped with the skills and confidence they need to further their potential.

The She Leads program was introduced to Canberra in 2013 with the launch of the She Leads Diploma of Leadership & Management.

It is estimated that the She Leads series of programs has reached, impacted and supported over 3,500 individuals from our community.

Launch of the LGBTQIA+ Allies Prom

The LGBTQIA+ Allies Prom is an opportunity for young people to experience a formal style event and express their identity in a safe, supportive, and non-judgmental environment. Since the inaugural formal, held in 2016, this event has welcomed over 300 young people from Canberra and surrounds coming together into a supportive, safe environment to celebrate this milestone.

YWCA Canberra is committed to working towards reconciliation, which is about strengthening relationships between Aboriginal and Torres Strait Islander peoples and the wider community, for the benefit of all Australians. An integral part of this is delivering on our Reconciliation Action Plan (RAP).

We launched our first RAP at our Annual General Meeting in October 2009, followed by our second Reconciliation Action Plan (2011 – 2013), our Stretch RAP (2014-2016). Most recently, we launched our second Stretch RAP at a special event at our Lanyon Youth and Community Centre. A stretch RAP indicates that YWCA Canberra has embedded the principles and practices of reconciliation in our everyday business. Through the stretch RAP, we are able to focus on increasing activities and setting more ambitious targets.

Launch and evolution of Respect Ed and Relationship Things

YWCA Canberra is committed to creating a world where women and their children are safe from violence, and where a culture of gender equality and fairness exists to protect the rights of all people. Research demonstrates that an integral part of reducing violence against women and children is primary prevention.

YWCA Canberra is proud to have provided training and resources through a suite of primary violence prevention resources captured under the umbrella of Respect Ed.

One of the community resources produced and launched by YWCA Canberra Relationship Things aims to prevent sexual assault and gender-based violence, by empowering young people to develop and maintain safe and respectful relationships.

In 2014, Relationship Things was the recipient of an ACT Office for Women Partners in Prevention Award, in the ‘Community’ category.  In August 2015, YWCA Canberra further enhanced the program with the launch of Relationship Things Online, an online resource that captures some of the key information from the program for young people to access independently.