Accidentally On Purpose: My leadership journey

At YWCA Canberra, we value diversity. That is why we launched Write for Us, an opportunity that provides our members and friends with a platform to discuss their experiences. Today, we are sharing an article written by Hannah Gissane, discussing her leadership journey as a young woman. 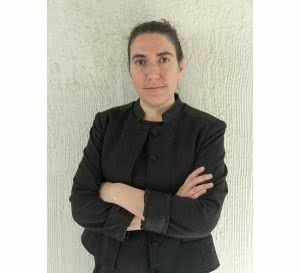 Back in 2008, at the age of 19, I found myself sitting at a sprawling desk in my local Council chambers. Feeling lost in a sea of suits and papers, I looked furtively at the name plate in front of me. Cr Gissane. That confirmed it. Despite the invitation, I still had an overwhelming feeling that I’d crashed the party.

I was full of passion for politics and a commitment to my community. I was certainly no stranger to politics, rather a stranger to its formal incarnation – the dress code, the meeting procedures, the language and process that dictate engagement in an elected council. In those early days, the weight of formality threatened to crush my passion and obscured my instinct. It took many months to regain what I‘d always known –that is, politics is about people and good decisions are made when all communities are represented and included.

Obviously I never had expected to actually get elected to my local council. I’d thrown my hat in the ring to stand for election unsullied by the possibility of a four year term serving the good people of Lake Macquarie’s North Ward. I was making a statement about the need for local politics to engage young people. Come election night, my modest ambition to open people’s minds about who could run for council would have been achieved and I could return to life as I knew it. Far from being the end of my foray into electoral politics, that night marked the very beginning. Although my election was unexpected, deep down I was thrilled. Getting to be on my local council felt like the culmination of years spent watching Question Time and putting my hand up for SRCs.

As I started my journey on the council, I wrestled with feeling inadequate and out-of-place. I spent too much time measuring myself up to the people with decades of experience that surrounded me. I was consistently the youngest person in the room, and sometimes this was not just by years but by decades. It wasn’t unusual for people to treat my election as an accident, and too often I sheepishly agreed to that idea, hiding my sense of purpose and passion. I had internalised the societal messaging about leadership that said it was the domain of mid-life and older men.

And despite all of these feelings, there was little I could do.  A four year term in public office doesn’t let you off the hook because you can’t find the handbook for teenage women elected to their local council. I had four precious years to do something, to use the incredible opportunity that it is to be in a decision-making role for your community.

About eight months in, while attending a community consultation for a coal mine in the local area, it dawned on me that I would be in the same room if I weren’t a Councillor. This is exactly the kind of meeting I would have attended as a community member. I would have voiced my concerns and listened to the concerns of others as a community members. I would have urged Councillors to do something! The realisation that being a Councillor is being a community member with a seat at the table shook away so many of my insecurities about my capacity. Seeing people in a room gathering and organising around a local cause crystalised my purpose and put my own fears into perspective. Coming to the realisation that leadership is shared and situated in something bigger, in community, helped shatter the idea that I was alone in carrying the burden of such a big job.

Leadership isn’t a role or a position reserved for some. It is a practice we can all exercise, an occasion we can all rise to. This expansive understanding of leadership is shared broadly among young women, with 58 per cent of girls and young women in Australia considering themselves leaders in their families, schools, communities and/or workplaces. Recognising and valuing the leadership that is practiced by young women, every day in a variety of ways is critical to breaking down the fears, doubts and discomfort that permeated my first months on council. I had to conquer the idea that leadership was a role I’d never fit comfortably into. This was my own self-doubt shaped by societal expectations we set up around what leadership looks like.

When I could be comfortable in the role, I not only moulded my own expectations and understanding of who gets to be a Councillor but my community’s. This experience has instilled me with a passion for sharing it in the hope that we can collectively embrace young women in leadership and better recognise the leadership young women practice every single day. And when we do that, young women might stop calling their leadership an accident.