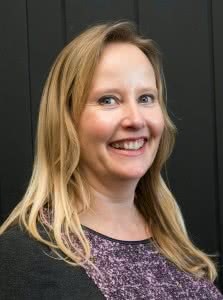 3 June 2015: After months of advocacy and community action, we are now seeing the positive impact of our efforts. Yesterday, the ACT Government announced a commitment of $615,000 in funding for primary prevention initiatives in the 2015-16 Budget!

YWCA Canberra launched the Respect NOW campaign on International Women’s Day, 8 March 2015, to call on the ACT Government to make primary prevention of violence against women a priority.

Since then, more than 1000 Canberrans signed our Respect NOW petition, spread the word on social media, and shared their personal stories about the need to prevent violence against women in our community – one woman shared:

‘I’m a survivor of domestic violence; and I believe in the importance of universal education promoting equal, safe and respectful relationships.’

Another says, ‘I was a victim of domestic violence. As a survivor, I think this education is imperative.’

People are passionate about preventing domestic and sexual violence, and agree that respectful relationships programs for young people need to be an absolute priority in our community.

The University of Canberra Capitals basketball team also loaned their voice to the call. Together we worked with young people to make paper cranes as a gesture of hope for a world free from violence, and amplified this message through our social media networks. Read what Lauren Jackson has to say about primary prevention!

We also engaged Respect Champions, prominent Canberran women who are passionate about ending violence against women. Click on their names to read about why they support Respect NOW:

We’ve also seen significant media interest in the campaign, with over 30 unique pieces about the campaign published across print, digital, radio and television.

Thanks to everyone’s support, primary school students in the ACT will soon have access to the skills and resources they need to understand and engage in respectful relationships.

We commend the ACT Government for acknowledging the critical role of primary prevention to end all forms of violence against women in the long term. You can read our full media release here.

But the job isn’t done yet. We’ve been working with the ACT Government Education and Training Directorate and others to explore various models for respectful relationships programming, and look forward to continuing this work with the Government.

As you know, our award-winning, evidence-based program, Respect, Communicate, Choose (RCC) has been delivered to over 900 students in Canberra and Adelaide, with strong positive outcomes.

Stay up to date on our campaign progress, and other exciting events and initiatives by signing up to our e-newsletter – just to the right of this page.

Want to get more involved in our ongoing advocacy? Email Joanna Le, Director of Communications, Advocacy and Fundraising at Joanna.Le@ywca-canberra.org.au.

Once again, I would like to sincerely thank everyone who supported the Respect NOW campaign, and for helping us end all forms of violence against women in our community.