Advocating for our rights : YWCA Canberra at the Commission on the Status of Women

This March, members of YWCA Canberra joined YWCA Australia’s delegation to the 59th Commission on the Status of Women (CSW) in New York. Jane Alver, immediate past-President of YWCA Canberra was one of the delegates, and here she shares what she learnt, the highlights and the challenges of this important global forum.

How would you describe the CSW to someone who hasn’t heard of it before? 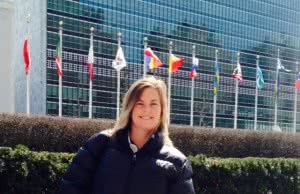 The CSW is the principal global intergovernmental body exclusively dedicated to the promotion of gender equality and the empowerment of women. A functional commission of the Economic and Social Council (ECOSOC), it was established by Council Resolution 11(II) of 21 June 1946.

The CSW is instrumental in promoting women’s rights, documenting the reality of women’s lives throughout the world, and shaping global standards on gender equality and the empowerment of women.

In 1996, ECOSOC expanded the Commission’s mandate and decided that it should take a leading role in monitoring and reviewing progress and problems in the implementation of the Beijing Declaration and Platform for Action, and in mainstreaming a gender perspective in UN activities.

During the Commission’s annual two-week session, representatives of UN Member States, civil society organisations and UN entities gather at UN headquarters in New York. They discuss progress and gaps in the implementation of the 1995 Beijing Declaration and Platform for Action, the key global policy document on gender equality, and the 23rd special session of the General Assembly held in 2000 (Beijing+5), as well as emerging issues that affect gender equality and the empowerment of women. Member States agree on further actions to accelerate progress and promote women’s enjoyment of their rights in political, economic and social fields. The outcomes and recommendations of each session are forwarded to ECOSOC for follow-up.

UN Women supports all aspects of the Commission’s work and facilitate the participation of civil society representatives.

What were the goals of the YWCA delegation for CSW? 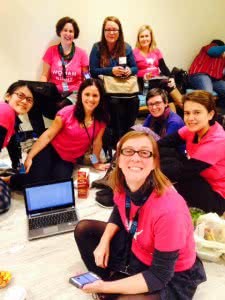 What were the outcomes of the session?

What was the most challenging thing about CSW for you personally?

The most challenging aspect was seeing civil society cut out of the negotiations.  We know that it is civil society that is on the ground, working at the grassroots, leading the trends and letting governments and the UN know when issues are emerging, and yet the Political Declaration was negotiated prior to the opening of the CSW and merely approved in the first day in a very fast session with no opposition voiced from the floor.

Further, the Working Declaration negotiations were held in a very small room, with civil society locked out, and confined to sitting in the hallways in an attempt to either influence their government delegations as they walked past, or to merely be visible as a presence.  Some of our activities therefore focussed on protesting this exclusion and working to influence the Working Methods to ensure it does not become part of the settled practice of the CSW. 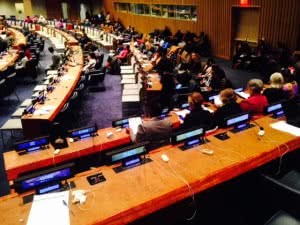 And the most rewarding?

There are other opportunities in 2015 for conversations at the global level. The World YWCA encourages member associations to take opportunities to follow up with governments on the Financing for Development conference in July to ensure there is commitment to resourcing gender equality, and to keep governments committed to gender equality in the negotiations for the Post-2015 Sustainable Development Goals, so that priorities are not watered down.

Of course the World YWCA Council in Bangkok this year will provide a space to further reflect on the global situation of women and girls rights and empowerment.

Lastly, planning for the 60th CSW is already underway. The theme is ‘women’s economic empowerment’. Look out for a call for nominations from YWCA Australia later this year so you can be a part of it too.

We’ll be hosting a special She Meets event with Jane, and her fellow YWCA Canberra delegates to the CSW this month. Stay tuned for more info, coming soon!