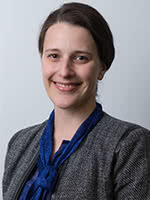 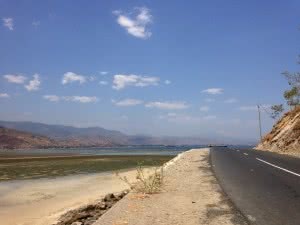 As part of this year’s Changemakers Festival, we’re hosting a special panel on Thursday 23 October featuring three of our Great Ydeas grant recipients for 2014, Women leading change: small grants, big impact. Here, panelist and grant recipient Heidi Zajac writes about her recent trip to Timor-Leste as part of her Cooking Circles project, which aims to connect Australian and Timorese young women to share cooking processes and recipes, stories, and build friendships. You can read more about the panel on our events page, and RSVP to zoya.patel@ywca-canberra.org.au.

The sun is up and beaming onto my skin, and motorbikes and minibuses speed past my partly shaded spot by the road. I’m waiting for Obalita, a 19-year-old woman I met a week earlier through a friend. She lives two bus stops away from my Timorese host family and today we’ve arranged to meet at the bus stop where she will then guide me to her local vegetable market.

Obalita doesn’t have any phone credit. Yesterday I sent her a text, excited, and also crossing my fingers our cooking meet would go ahead. Today I’m at the mid point of my three week trip to Timor Leste, cooking with women and those in their social networks, but six days of cooking had been planned, and not one had run quite the way I’d anticipated.

I call Obalita. Am I waiting at the right bus stop, by the Mary Mackillop office, the church and the road works? I am. Is she coming? She’s running late, but she is on her way. And, um, will we cook together today? Suddenly my heart sinks. She asks if we can cook at my home instead, although this isn’t possible as my host Mum isn’t home and I can’t invite her alone. And then, I’m in the shoes of my Timorese friends for a moment. The conditions must be just so for a friend to cook in another’s home, and I feel myself ‘get it’ and let go of the last remnants of plans to cook in other women’s homes with a video camera and with a group of their friends.

The teachings don’t stop there. Obalita and I agree to meet regardless – we still want to see each other and we always end up chatting and giggling. Obalita leaps off the bus and greets me the Timorese way, a kiss on the left and the right cheeks while holding hands, and is apologising profusely. She’s talking about water now, and I’m puzzled, until I hear her say slowly, ‘Heidi, the water is not running today so it is impossible to cook in my kitchen’. 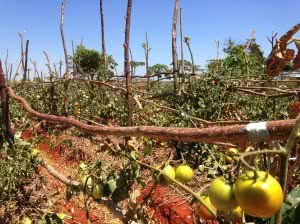 I’d dreaded our cooking not going ahead the past two days as other cooking sessions changed or were cancelled. But I pull myself into line quickly and look for other options. We can talk about food on camera. I can visit her home with the robust jackfruit and mango trees shadowing it.  One step at a time. I’ll do that and then plan the rest of my day. Day 16 is markedly different from days 1-10, and rightly so.

In the weeks leading up to this trip, I mentally prepared to focus on three things. Uncovering foods and recipes. Engaging meaningfully with Timorese women. And acting respectfully. I follow Obalita to her home. I video her and as I do, children gather and an elderly woman leans slowly against the verandah. I’m intimidated. She has a strong stare and though she’s about half my height, has a large presence.  Obalita dashes away momentarily, and this elderly woman takes her place, pulling her chair closer to me so she directly faces me. She is talking to me in Tetun, and I’m catching a word here or there. I want to know exactly what is being said…but truthfully I’m not worried because I’m entranced by the smooth rhythms of her voice and the lines on her face.

When Obalita returns, she translates for me. The woman, grandmother or Avo in Tetun, had told me that a Portugese officer had broken her legs when she had refused to marry him. This was years ago but I had already noticed one leg seemed longer than the other. I ask about food, of course. She eats three meals a day, each one the same: a watery soup of potatoes and greens. Her teeth have all fallen out so soft food is of necessity, and she has little money especially without her husbands income anymore. When Avo discovered she was one of two wives to her husband, she left with their toddler and pregnant with their second child. I’m asking questions, carefully but with intent by now. Polygamy wasn’t so unusual, Avo explains, but he had lied to her and she wouldn’t stay married to a dishonest man. Avo moved from her husband’s rural town to Timor Leste’s capital Dili with her children and was adopted into a family, Obalita’s parents. 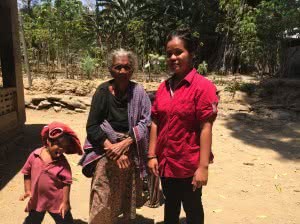 Avo inspired me, and Obalita translated her adopted grandmothers words from stories she heard for the first time that morning on her verandah. The three of us had spent close to an hour bouncing questions, tales and silliness in English, Tetun and Portugese. I have rarely felt so present and writing about it now stings my eyes.

I’m grateful to the YWCA Canberra for their Great Ydeas grant program because it enabled me to launch Cooking Circles with young women in Timor Leste and in Canberra. I made the trip to design a blog about Timorese cuisine and society by cooking in the kitchens of women, some who are friends from another trip. I had planned for cooking sessions to include friends of mine and of the woman hosting to create a network between women. I expected that the sessions and network would help women build their self-confidence and develop their knowledge and skills.

Cooking Circles were much less methodical, more regular, smaller, included men, and encouraged people to practice English. They were in fact more interesting than I expected. Writing and videoing the food and recipes of Timor Leste was a good way to open conversation and focal point when meeting new people. Strengthening skills and confidence of young women in Timor Leste is an ambitious thing and must be owned by women themselves. I focused on building friendships with women, with their families and with management staff at NGOs.

On the last day of my trip, my friend Sonia asked me what we will be doing next in the project. She asked to join this initiative as a writer, supporter, advisor…she is a generous, reliable and vibrant woman. Sonia suggests she and her best friend offer cooking classes in the kitchen of a women’s NGO to young women in this part of Dili, providing them with transport as well. I don’t say no.