At YWCA Canberra, we are fortunate to have built strong partnerships with organisations that support us in a range of ways. Demonstrating a commitment to women’s leadership, Defence Force Recruiting were our Principal Supporter for the inaugural She Leads College Conference in 2015, and supported both the She Leads Conference and the She Leads College Conference as our Principal Supporter in 2016. We had a chat to Flight Lieutenant Esther Suh about her leadership journey through the Australian Defence Force,  the opportunities that this afforded her, and why she’s excited to be part of the She Leads Program. 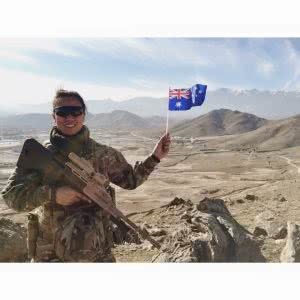 What’s one thing about your life now that you never would have predicted when you were at school?

Where and who I am today is something I never could’ve predicted, and it’s all thanks to the Defence Force. Bachelors degree, Masters degree, deployed to Afghanistan, hosted the Prime Minister and Governor General and other dignitaries, translated for the Korean Air Force and Navy, represented the Air Force in Rugby, managed the Defence Force Rugby Union team and toured overseas to the US, went on a Korean Exchange, held five jobs in different areas, travelled all around Australia for work, travelled all over the world in my time off, the list goes on, I could’ve never predicted that!

The Power of Now by Eckhart Tolle. It’s allowed me to focus on the present, allowing me to inevitably be more willing to take on challenges and the unknown, as I am no longer restrained by my own doubts!

Why were you excited to be part of the She Leads College Conference?

Who wouldn’t be excited to be surrounded by our upcoming future leaders! These opportunities are great for not only the young women, but for myself as well, as I am constantly learning from them, and their passion and hunger for the future has me leaving the conference feeling empowered!

Every time you take a step forward, bring the people around you with you. Be each other’s biggest advocate, and don’t ever forget the people who helped you out along the way!

What’s something challenging/rewarding that you’ve had the chance to do through your role?

Deploying to Afghanistan was by far the most challenging and yet most rewarding experience to date. Everything was an unknown, but I wanted to challenge myself, so I thought this would be a great opportunity. It challenged me both mentally and physically, but I came home being more self-aware, and much more resilient. I came back a better version of myself, the risk of the unknown paid off!

What’s the most unexpected opportunity you have had through the Defence Force?

I was deployed on Operation Southern Indian Ocean in support of the MH370, and I was selected based upon my ability to speak a second language, Korean. I spent four weeks as the Korean Liaison Officer and Translator for the Korean Navy and Air Force contingent! Never did I think that all of the Saturday mornings I spent in Korean School growing up would’ve led me into that role. That is still to this day, one of my career highlights!

What advice would you give to young women entering the Defence Force today?

Seize all the opportunities that are thrown to you by the Defence Force! They are one of a kind!

You can read about all of the highlights from the 2017 She Leads College Conference here.