To coincide with 16 Days of Activism and World AIDS Day, Philippa Moss, Executive Director of AIDS Action Council ACT, contributed the following blog post. It outlines the ways in which violence impacts not only women and men, but also non-binary and gender diverse people, and discusses preventative actions that we can all take today. 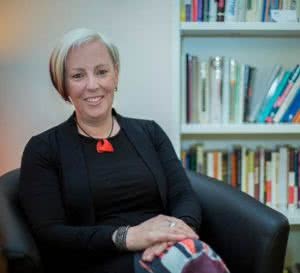 This year’s theme: “Leave No One Behind: End Violence against Women and Girls”, will no doubt draw criticism from those who see the focus on gender based violence against women to be discriminatory and short-sighted.

The statistics illustrate the extent to which the experience of violence in Australia is affected by gender. Women are far more likely to experience violence from men they know in their own home.

Take that in for a moment: the place a woman is least safe is her own home.

This is the majority story, but not the whole story. It does not tell the story of non-traditional and non-binary genders, who are likely to experience much higher rates of physical and verbal violence, and far less likely to report that violence and to be adequately represented in mainstream statistical samples.

However, the gendered nature of violence illustrates that gender inequality drives violence.

One step towards eliminating violence based on gender, is to promote true gender equality not just along a binary understanding of gender (male/female, boy/girl), but across all experiences and expressions of gender.

Research suggests that violence of all types is most likely to occur when one group sees it has the right to exert power over another simply because of the inherent characteristics of both groups. If we see each other as equal, regardless of gender identity, gender differences do not play out in the use of violence to assert power and control.

Preventing violence is not about gender but about re-balancing power, including the gendered exercise of power. So why should this be a focus on World AIDS Day and for the LGBTIQ communities?

The LGBTIQ communities know what it is to experience violence based on who they are. They know that the societal perceptions held by those in positions of power render them “less than”, and push them into degrading positions that aim to control and oppress.

Equally LGBTIQ communities have permission to mobilise to take action to support violence prevention, equalise power, and change the narrative. As advocates for the dignity, rights, and well-being of the whole community, in all aspects of life and at every level of society, LGBTIQ communities are committed to eliminating violence for all.