STEM is a White Male

Karlie is a Kamilaroi woman and Masters student of Astronomy and Astrophysics at the Australian National University and the CSIRO.

At YWCA Canberra, we value diversity. That is why we launched Write for Us, an opportunity that provides our members and friends with a platform to discuss their experiences. Today, we are sharing an article written by Karlie Noon, discussing the lack of minority groups in STEM and outlining why this is an issue. 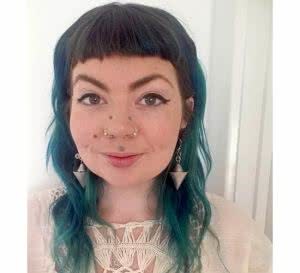 Obtaining a career in science, technology, engineering, and/or mathematics (STEM) is arguably the number one priority for any person hoping to survive automation. All across the world, STEM is the fastest growing field in terms of employment, and has the highest paying wages. And yet, despite its benefits of the industry, Australia is facing a STEM crisis.

Seventy-five per cent of our fastest growing jobs require STEM skills, creating a huge demand for a scientifically literate work force. Conversely, math literacy in Australia continues to decline alongside students’ interest in science as a subject. On top of this, we must consider that not only does Australia not have the workforce it needs to support the future economy, but we also systematically lock out minority groups from having careers in STEM.

The issue here is, that when we already lack adequate numbers to future-proof the Australian economy, further disenfranchising minority groups who could be excellent contributors, exacerbates economic, social, and class inequality. In terms of empowering and including minority groups, we must acknowledge our unconscious biases and work harder to utilise inclusive pedagogies that influence people early on, and go on to shape their world view. By influencing the next generation to see minority groups as worthy and equal contributors, we can grow careers in STEM and Australian could become a world leader.

Gender roles, low expectations, and racism heavily determine what we become when we grow up. Different minority groups experience oppression in different forms, however, for the sake of this discussion, I will focus on what I have experienced as an Aboriginal woman.

Subscribing to mainstream media is and always has been dangerous for an Indigenous person. The only media attention we receive is from a deficit attitude, acting as a constant reminder that to be Indigenous is to be the ‘other’ and in turn, preserving white as the norm. Poor performance as a result of low expectations is known as the ‘golem effect’ and has been incredibly detrimental to the possible success of Indigenous people.

Similarly, women face prejudices if they attempt to enter the world of STEM. Women are often stereotyped as irrational, emotional monsters that are incapable of understanding anything logical. ‘Stereotype threat’, a phenomenon that induces anxiety driven by the fear of fulfilling a stereotype, has been found to severely impact the performance of women in STEM.

The golem effect and stereotype threat are not a reflection of an innate deficiency in a person, but the result of social and systemic paradigms that have their roots grounded in colonialism.

Culturally relevant teaching is a pedagogy that is culturally responsive and relevant for the students. It is reliant on culturally competent teachers, texts, and resources. This pedagogy has been shown to improve academic outcomes for all students, regardless of their ethnicity or gender, and encourages authentic connection between students, teachers, and peers.

There is a misconception that science and math have no culture, however, this is not true. Whenever I am helping a student with their homework on projectile motion, we are confronted with a problem involving a football or a cannon. Why not explore the physics of the innovative woomera and traditional spear throwing? Why not do scientist case studies on Hedy Lamarr and Ruby Payne-Scott instead of Newton and Galileo?

Culturally responsive teaching is not going to solve the problems of patriarchy and colonialism, but it is going to produce a pipeline of more culturally competent and tolerant teachers and students who might feel a little bit less turned off by the white world of STEM.