June 4 was ACT Budget day and YWCA Canberra joined other community groups to hear firsthand what was in the budget for the Canberra community and women.

As with previous Budgets, we were reminded that local economic growth continues to be strong and Canberra remains a desirable destination for domestic and international migration. For many, however, the gains of this growth continue to go unrealised. 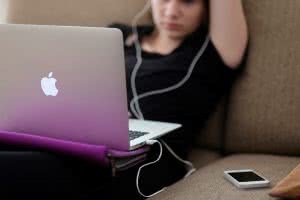 We know that Canberra remains one of the most expensive cities in which to live particularly if you are a tenant, on a low or moderate income, in the private rental market. The situation for those on income support payments is even more precarious; waiting lists for public or social housing remain long and many can wait more than a year even for a high needs placement.

Along with the ACT Council of Social Services and ACT Shelter, YWCA Canberra welcomed the 2019-2020 ACT Budget’s ongoing investment in public housing and affordable housing as a means to get more vulnerable Canberrans into sustainable housing. The investment outlined in this Budget will see the ACT Government’s public housing stock increase by 200 dwellings and the upgrade to existing stock continue.

In line with the ACT Government’s Housing Strategy to create more affordable rental options, the Government has also recently permitted land tax exemptions to property investors who rent their properties at less than 75 per cent of market rate when renting through a community housing provider. This important reform allowed us to launch our charitable housing project Rentwell, which will add to the numbers of affordable rental properties in Canberra. This innovative housing solution targets a unique cohort in need of affordable rentals; those who are on low wages but who remain ineligible for public or social housing.

We also welcomed other newly announced housing initiatives such as the Justice Housing Program that will provide accommodation for women and Aboriginal and Torres Strait Islander people to help rebuild their lives after serving custodial sentences. Women’s pathways to incarceration often vary significantly to men’s and many have been victims of crime and abuse in their own lives. Initiatives that facilitate their rehabilitation and link them with suitable housing upon release are vital and we look forward to further information on how this housing program will work.

In regard to initiatives focused on the prevention of family violence, the initial four-year pilot program under the Family Safety Hub was the successful Health Justice Partnership which embedded legal services within local community health centres and offered free and confidential legal advice in community health settings. Under this partnership about seventy women, a quarter of whom were under 25 and who were not previously accessing services were assisted. While the pilot phase of the first project comes to an end, the Government used the Budget to announce new research initiatives to be pursued, including how to prevent financial and housing crisis among those affected by domestic and family violence.

YWCA Canberra continues to support the work of the Family Safety Hub and consider it a critical means to explore best practice. Almost 1000 women in Canberra sought housing assistance following instances of family violence in 2018 and we are keen to see how communities, financial services, housing providers and crisis support services can work together to prevent housing crisis amongst those who experience family violence.

There was an interesting development with the release of a Women’s Budget Statement in the days after the initial release of the budget papers. In line with our Leading the Change report, YWCA Canberra has been calling for the reinstatement of women’s budget statements in the ACT, with the last statement released in 2008. Understandably, we were disappointed when this release included re-packaging of mainstream announcements.

Women’s Budget Statements are an important means to measure resource allocation against a government’s own gender equity goals, such as those outlined in the ACT Women’s Plan 2016-2026 and were a feature of ACT budgets up until 2008. A comprehensive gender analysis on budget measures means each initiative or cut is considered alongside the gender equity goals of government and women’s broader inclusion. Given our disappointment with this release, CEO Frances Crimmins attended the ACT Budget Estimates Committee in the weeks following the Budget to make it clear that we did not believe the Women’s Budget Statement set a path to progress against the government’s own gender equality agenda.

“Women’s budget statements provide comprehensive gender analysis on budget measures and mean budget initiatives can be considered alongside the gender equality goals of a government. In this regard, we do not consider what was released on Friday 9 June, constitutes a Women’s Budget Statement.”

We’ve since been asked by the ACT Estimates Committee to provide examples of a comprehensive Women’s Budget Statement, and have directed the Committee towards the Gender-Based Analysis + (GBA+) Report released as part of the 2019 Canadian Budget.

As the ACT Government moves towards introducing a Wellbeing Budget index from 2020, YWCA Canberra will be participating in the consultations and call for a Women’s Budget Statement and a gender index to form part of the wellbeing indexes being explored. As we mentioned in our Estimates statement, ‘realising true gender equality delivers benefits to everyone in our community’.

You can read the next article in this series here.