At YWCA Canberra, we are proud of the vibrancy and diversity of our staff. As a regular feature on our blog, we’ll be bringing you staff snapshots so you can meet our team and find out a bit more about the people behind our programs and services. Today, meet Leah Dwyer.

Tell us about your role at YWCA Canberra. 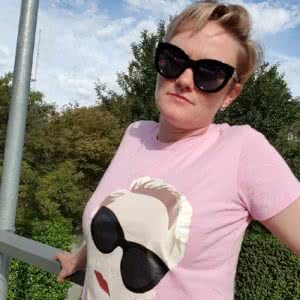 My role as YWCA Canberra’s Policy and Engagement Coordinator is a brilliant mix between organising and lobbying. My role is to manage some of the membership admin but also the engagement of members, particularly around events and policy priorities. I also prepare the organisation’s submissions to ACT Government inquiries or public consultation processes. In 2018, I prepared our submissions to the ACT 2019/2020 Budget process, the Legislative Assembly inquiry into positive consent legislation and our written and verbal contribution to the Australian Human Rights Commission inquiry into workplace sexual harassment, which we surveyed our membership on.

At the moment I’m leading our survey of Canberra women. This is a really exciting project that we are pushing out to the community to collect demographic data and gauge the lived experiences of women in Canberra. It includes questions relating to work, economic security, housing, personal safety, hopes and fears and recreational activity. The anonymous responses will eventually be used to develop a comprehensive snapshot of Canberra women, to help guide our advocacy work, and be published as part of our 90th Anniversary. We’re inviting all Canberra women to complete the survey and be part of our visual snapshot and publication.

I’m a terrible subject for this question. I’m stuck in the 90s listening to Cyndi Lauper or Tori Amos.  When I’m not changing dusty CDs in my car deck, I’m tuned into ABC Radio National, ABC Canberra or listening to the Football Weekly podcast.

What is the most ‘out-there’ job you’ve ever had?

Not a job in the traditional sense as I didn’t get paid, but I was a candidate in the 2016 ACT Election. It was a privilege and absolutely exhausting in every sense at the same time and it certainly involved being ‘out-there’.

The Kindle is the greatest invention ever. I decided to stop buying physical books when I recently moved to a new house and had to move boxes and boxes of journals and books. My current e-read is Malcolm Lowry’s Under the Volcano. The novel is set in the course of one day and follows the decaying life of a former English consul to Mexico as he succumbs to alcoholism, delirium and self-destruction. I wouldn’t say it’s a book for everyone, but it is still considered one of the most influential 20th century novels. It is a semi-autobiographical piece that foreshadows Lowry’s own life and eventual demise.

When you’re not at work, what’s your relaxation activity of choice?

I spend most of my spare time playing, watching or reading about football (soccer). Sometimes I listen to football podcasts, and the rest of the time I spend on my kindle. It’s a simple existence.

What is the scariest thing you’ve done in the past year?

I took up AFL at the Woden Blues Football Club, mostly as part of the club’s pitch to get enough women for its inaugural women’s side. I went in with the completely reasoned foundation that “if I’m good at one sport, I’d be good at another sport”. Turns out I was wrong, and 18 weeks later I still didn’t have much of an idea about what I was doing each week. It was fun though.

What’s an achievement that you’re proud of?

Having an amazing daughter who is so funny, wise and considerate. She’s just the kindest person and sometimes I can’t believe she’s mine.

Watching the English Premier League highlights while stuffing my face with junk food and wine, knowing I could probably have made the starting lineup as a defender for Huddersfield Town FC for their 2018-2019 EPL season. They were woeful.

I’d have to say my daughter inspires me on an everyday level because of her ability to make me laugh riotously but also to check in with myself. She loves reading and drawing pictures and will help with making dinner while joining in the adult conversations happening around her. A more tangential example would be Hillary Clinton because she embodies a personal resilience that women in politics demonstrate all the time. For the tissue-thin hides of her detractors and competitors, who resorted to personal jibes, she remained composed and focused on her campaign and message despite the monstering.

Golf is not a sport, but don’t take my word for it.

What’s the best concert you’ve ever been to?

A pina colada filled beach holiday in Mexico. Every time my daughter asks for something I can’t or won’t deliver on, I just say to her, “And I want a holiday in Mexico where I sit on the beach and drink pina coladas all day.” It’s got to the point where she’s started repeating it back at me when I ask her for something, so I’m going to have to come up with another pipe dream holiday.

If you got a free around the world ticket, where would you go?

A round-the-world holiday sounds exhausting. I’d be very content with just finding a beach chair and lounging back with pina coladas being brought over to me at regular intervals.

What makes you proud to work at YWCA Canberra?

Girls and women thriving in our society means we all thrive. Our full and absolute participation in the economy and in society is fundamental to economic prosperity and to breaking down a millennium of stereotypes that have sought to pigeonhole our behaviours and abilities. Playing a part, no matter how small, in the global movement toward empowerment and shifting that paradigm, gets me out of bed every day. It’s a unique position to be in, to be able to work in something that makes you proud – I’m very lucky that way.

Want to work with awesome people like Leah? Check out our careers page.