When the Treasurer stood up to deliver the Budget address on behalf of the Government, he began by saying that in 2020 “Australians have been tested like never before” and indeed, this past year of hazardous smoke, bushfires and a pandemic has been stressful for many, particularly women. 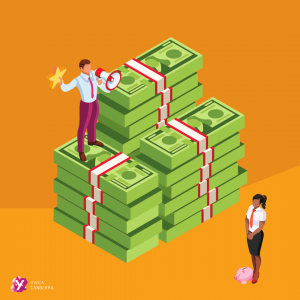 Research has consistently found that domestic violence spikes following periods of natural disaster as people are forced to respond to flood, bushfire or the effects of hazardous smoke losing homes, communities and businesses in the process and the 2019-2020 bushfire season was not exception to this.  This was soon followed by the COVID-19 pandemic which has also carried a unique impact on women.

A survey of 15,000 women in May, commissioned by the Australian Institute of Criminology, found that nearly 12 per cent had experienced emotional abuse or controlling behaviour in the preceding three months. And crucially, the survey found that the COVID-19 pandemic appears to have coincided with the onset and escalation of physical or sexual violence or coercive control for many women.

With feminised industries such as hospitality and retail being significantly affected, women’s place in the economy has also been affected with the majority of those locked out of work during the shutdown being women. Early educators were removed from the JobKeeper subsidy, services remained unaffordable to many women when fees were eventually reintroduced, and many women also took on additional unpaid care as schools were closed. Other women were left at home with people who used violence against them and opportunities to depressurise through social networks or plan an escape unavailable.

The Budget, the principal means for government to set economic and social policy agendas and respond to shifting demographics and demand, was an opportunity look at the structural nature of this reality and respond in with a plan for Australia’s women. The budget rolled out more than $500 billion in stimulus measures lifting national debt to a record of more than $1 trillion.

In the history of the country’s budget papers, these numbers are unprecedented. So, what did it offer to women?

That is less than one-third of 1 per cent of the total budget spend. The Women’s Economic Security Statement, which complements the Budget outlining measures to support women, simply repackaged existing measures, listed mainstream measures including tax breaks available to all eligible tax-payers and even included expansions to punitive welfare compliance measure such as ParentsNext that disproportionately target single mothers and devalues the work of early parenting.

While we have welcomed measures that relate to responding to the issue of workplace sexual harassment, as outlined in the Australian Human Rights Commission report Respect@Work, the initiatives committed to do not include much needed legislative reform but rather focus on isolated measures such as workplace training.

The opportunities for system-wide reform presented by the need for a comprehensive response to COVID-19 have been convincingly missed. There was no effort to lift the workforce participation rate of women by reforming the labyrinthine Child Care Subsidy payment and no discussion on making early learning more affordable for families. The chronic shortfall in social housing went unaddressed at a time of increased demand on human services and quietly funding was pulled from homelessness services as well as domestic violence primary prevention methods targeted to school students.

We are disappointed that the opportunity to ‘snap’ the economy forward have been lost with this budget.

YWCA Canberra has joined 16 other organisations in calling for a new approach to budget processes in response to the 2020-2021 Budget. From all that was obviously omitted from the Budget, it has become overwhelmingly evident to the women’s sector that the Budget process has itself become a barrier to equality that must be addressed.

Gender Responsive Budgeting (GRB), at both the federal and ACT level, is urgently needed. GRB would apply a gendered lens to each line of the Budget meaning the question of how a measure impacts on women will need to be addressed.  This would mean that unintended gendered impacts of budget decisions would be detected, and steps taken to mitigate or eliminate perverse consequences.  Fundamentally however, policy leadership, responsiveness and innovation are needed in the budget design process so that the unique place of women in the economy and the community is considered in future budgets.