Calling on all Australian employers to commit to gender equality 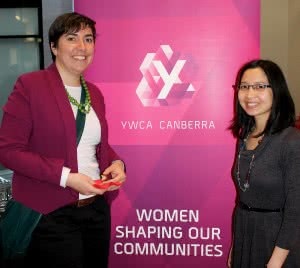 Despite literally decades of equal pay and anti-sex discrimination legislation, how do we still arrive, in 2015, at a widening gender pay gap? And a plateauing of women in leadership roles in the workforce?

Yet, as the Workplace Gender Equality Agency reported late last year, the gender pay gap, full-base remuneration, sits at 19.9 per cent. This grows to 24.7 per cent for full-time total remuneration.

That means many women are earning almost 25 per cent less, on average, than men. In the first half of the 20th century it was legal to pay women 25 per cent less than the male wage; the fact this can still occur in 2015 is a travesty.

But the gender gap isn’t only a pay issue.

Data also reveals that women, despite now being generally better educated than men , and participating in the workforce at almost the same rate as men, are still being locked out of leadership roles.

In 2014, women made up only 26.2 per cent of key management roles and 17.3 per cent of CEO positions. Further, just under one in four directors, including chairs, were women (WGEA).

Research is now showing that it is the culture of workplaces that needs to change, hand-in-hand with professional development programs for women that will support their advancement.

The YWCA in Australia is leading the way in providing effective women’s leadership programs via our She Leads initiative, of which employers can take advantage.

YWCA Canberra has long been at the forefront of helping women and men reach their full potential.

Our commitment to gender equality as an employer and a service-delivery provider is embedded in our constitution and our strategic goals.

As executive director of one of only two organisations in the ACT to have received the WGEA citation for Employer of Choice for Gender Equality in 2014, I come to this issue with experience and knowledge in the theory and practice of promoting gender equality and diversity in the workplace.

I know firsthand the benefits that flow; and I know it’s not that hard to implement. It just takes commitment.

With proven clear financial benefits, there are no excuses for any employer to not act to redress gender issues in the workplace.

I call on all Australian employers to commit themselves to gender equality in 2015, for the benefit of their own business and Australian society.

Until this is dealt with head on, the undervaluing of women in the Australian workforce is an indictment on us all.