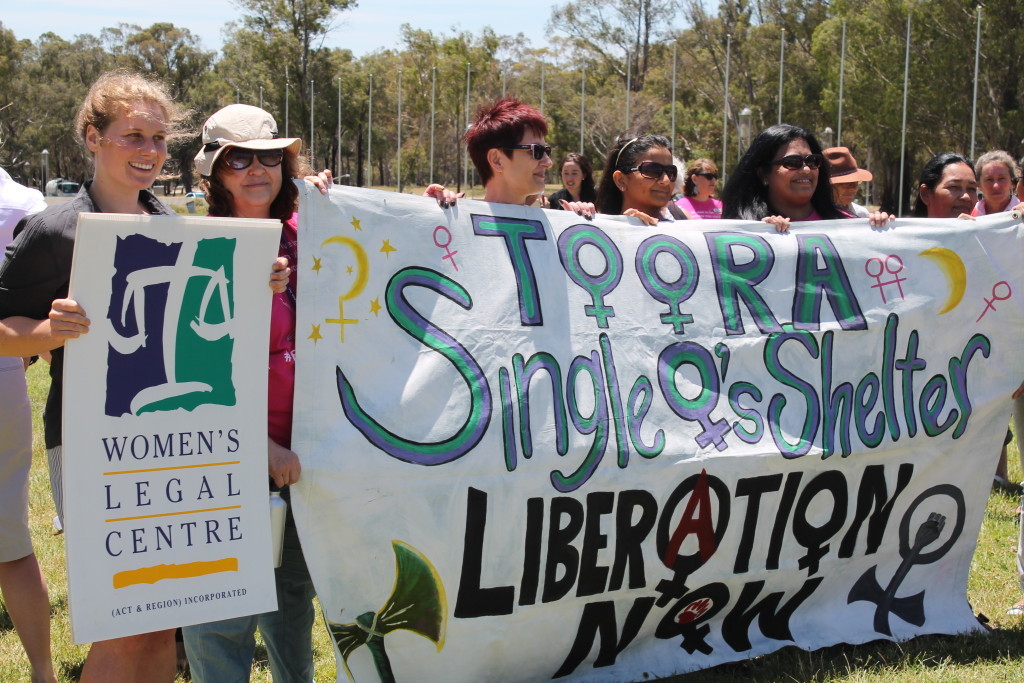 Domestic violence has received considerable media attention this year, much of it attributable due to the courageous work of our Australian of the Year, Rosie Batty.

In September, the Federal Government announced a Women’s Safety Package, and public discourse is beginning to include commentary on the role of gender inequality. Undoubtedly, things are changing.

But not quickly enough.

As of today, 79 women have been killed by violence in 2015.1 Of this figure, approximately two-thirds were killed by a current or former intimate partner.

There is clearly a long way to go in changing attitudes and implementing evidence-based public policy to respond to the insidious issue of domestic violence.

Along with members of the community, we gathered on the lawns of Parliament House to pay our respects to the women who have died this year as a result of domestic violence, and to urge the Government to take serious action to address this issue. 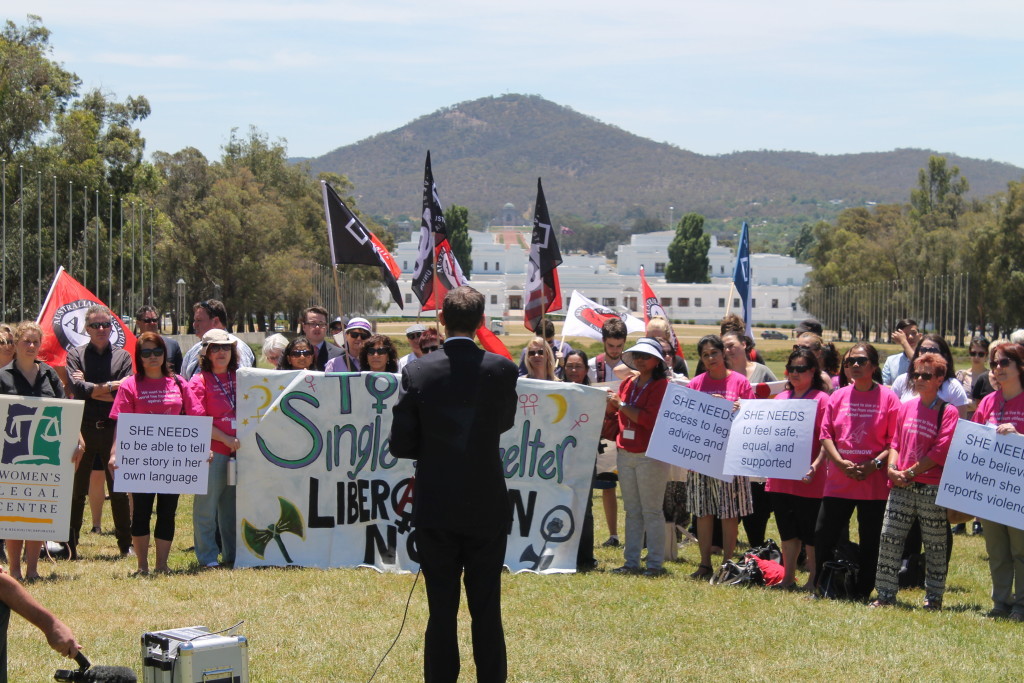 In a solemn commemoration, staff from local women’s services read out the names of all  victims, women who won’t be here for Christmas, women whose lives were cut short far too soon.

“This time of the year is when many families enjoy each other’s company, and reflect on the importance of their relationships – but it’s also a time when we see a spike in domestic violence incidents.

We urge you all to be aware of this as we go into the festive season – for many women, this is a time of heightened fear and anxiety,” she said.

Andrew Leigh MP spoke of being a child and having a friend’s family show up on his doorstep needing somewhere to stay for the night. In hindsight, it is clear what was going on but at the time it was simply a private, unspoken issue.

While heightened public awareness and understanding means that this formerly private issue is entering the public consciousness, it is crucial that we remain vigilant and keep the pressure on our governments to respond appropriately.

Despite the highly-publicised national package and public commitments by political leaders, there remain significant gaps.

According to Susan Clarke-Linfield, Executive Director of Toora Women Inc., refuges are facing the worst funding situation that she has seen in three decades in the sector.  [2]

Extraordinarily, funding for translation services has been cut, meaning that women from a culturally and linguistically diverse background who have experienced violence are even less likely to report.

While we were on the lawns of Parliament House, COAG leaders met in Sydney and agreed to hold a national summit in late 2016 to ‘profile best practice and review progress’ in actions to prevent violence against women and their children. [3]

As 2015 draws to an end, it’s essential that we keep advocating strongly to keep governments accountable in delivering concrete, properly-funded programs and services.

Our specific request for action can be found here: https://ywca-canberra.org.au/event/day-of-action-to-end-violence-against-women/

To read more on the Day of Action, check out some of the media coverage: