Carmel McGregor: What young women should know about navigating a career 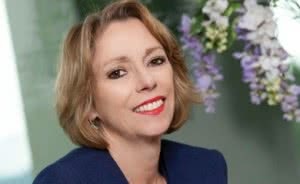 This article was first published on Women’s Agenda on May 1 2014.

We asked a number of leading women who are speaking at the upcoming She Leads conference what they’d like younger women to know about navigating the career in front of them. Below, Carmel McGregor shares her advice, following a long career in the public service and in line with her current senior position at the Department of Defence.

Having a daughter myself, and knowing her enthusiasm and optimism for the future of the world and her place in it, I hope for her and other young women that she can continue to pursue her dreams and think big about her contribution. I hope she can derive happiness and satisfaction from a career.

I have often been asked for advice on what has influenced my career and what I would suggest to others. I am a long term public servant and have been lucky to have benefited from a varied career in many different workplaces and on many different topics. So my advice applies equally to private and community sector women, but does have greater relevance for the public sector and those in team based environments. So it goes a little like this: The McGregor Taxonomy!

A career means many different things to people and it is often not as planned or deliberate a venture as one would expect at the outset. That’s my first piece of advice – certainly have a goal but don’t over plan it so that you close off opportunities which will help you grow and test skills you may not know you have. I started out on a plan to be a psychologist – never practiced in it, but my interest in it has never waned and my studies have helped in the very different paths I pursued.

Have an opinion but use it constructively. I am sure you know what I mean by the term “constructively”. Many people have an opinion, but it’s a different thing to just be the negative naysayer. Make a contribution to the whole, don’t just voice a view. Share an opinion, debate it. But at the end of all the deliberations, be part of the decision and support it.

As you climb the management ranks and have responsibility for people, build a team that has diverse skills. By this I mean diversity of gender, background, thinking, age, and different cultural backgrounds. I have always found that different views and perspectives generate a much better result. We all need to be challenged and not be surrounded by people exactly the same as ourselves.

I have deliberately sought out people who think differently, people who are good at “closure and completion” – who are also often the quieter voices. In the work I have been involved with, we can be oversubscribed with people who push for results and dream up ideas. But there is a dearth of people who quietly achieve and make sure all the “i”s are dotted and the “t”s are crossed. Without them, many major projects come unstuck. The message is you need different skills and perspectives.

Similarly, men and women bring different approaches. So we need a balance of gender, and equally we need young people and those from different cultural upbringings to bring a richness to a decision making and approach – and allow them all to speak freely.

Work on something important, connect it to the end game. Sometimes the challenge may be daunting, but I urge young women in particular to “put their hand up”, “volunteer” and “say yes”. Don’t doubt your abilities or wait until you are 100% ready (the blokes don’t!). My best boss of all time used say to us, “Fake it till you make it!”

Related to this, do different things where you build a variety of experience and breadth in a range of issues. Specialising too early in a career can have limitations. Although having said this, ensure you become known for something – which in itself does require a degree of specialisation.

Work for someone credible who you will learn from. Observe them in a range of situations and take note of what you like about what you see. Note how they handle a pressure situation, how they deal with disappointment, rejection, and how they share success. These are key moments where you will learn and realise the leader you want to be.

Seek people out as mentors. However, be careful on this one as sometimes prospective “mentees” view a mentoring relationship as one that assures them instant promotion and recognition.

It’s not about that. It’s about finding someone you can learn from, someone who can advise you on all manner of things, so it cannot be a contrived relationship. It needs to be one where there is mutual respect and support and where growth is the positive outcome.

I have personally benefited from mentors, but the relationship has always emerged “organically”. I sought them out, but I can say I had runs on the board and had demonstrated a commitment which, if I can humbly add, then meant they thought I was worth investing in.

Also observe the bosses who are not so good, and if they are not credible or lack integrity, get out of there as fast as you can. I know this from personal experience as well as observing the damage bad bosses can inflict on their staff.

Drive your own growth and take responsibility for your own learning and development. Employers of course have a role, but equally so does the individual, and you need to stay ahead in terms of developments and trends in your profession or area of expertise.

Join professional associations, read widely and keep up with what is happening in the world and your profession.

Build strong networks and work at them continuously. There will be many networks you can build throughout your career and you will derive strength and support through listening to and understanding the challenges that others during similar times as yourself.

Networks are a mutual benefit. When I think about the difficulties I have faced in my career, networks and support groups were key to me getting back on track and succeeding. If you invest in these throughout your career and support others as well, they will be there for you in the hard times. They will know that you are a credible, reliable person and speak up for you. And of course you need to be that same sort of advocate in return.

As you take responsibility for a team, make sure you look after your people. That means ensuring they are able to contribute optimally, but in times of stress and hardship look out for their needs and find support to offer them. It won’t always be you.

Learn from the down times. A career is not all plain sailing. I have learnt more from difficult projects, things that didn’t go well, and from adversity. Look out for those moments and reflect on what you learnt about yourself and how you could/should change.

Use honesty and optimism and be authentic. You have to be yourself or people will see through the facade instantly.

Be curious and challenge the status quo. I love people who say, “What if? Why have we always done it this way?” But then go on to offer a solution.

Those moments when a little voice makes the most sensible comment are important. At the time it might seem quite small in impact, but if they hadn’t of spoken up, would have meant we would have pushed forward to a sub optimal result. That’s when I have said to myself, “Wow, thank God that person was there.” And it can be a chilling reminder as to why diversity in teams is so critical.

Finally, have fun and enjoy the fruits of making a contribution and being part of something that hopefully makes a difference.

I have had the benefit of working on great things. Public service affords enormous job satisfaction personally, but it’s also about knowing you are contributing to a bigger cause which will have community-wide impact.

I have worked with wonderful people and on “big stuff”, and I am grateful for that. However, we always need to remind ourselves, “it’s not about you”!

Carmel McGregor is speaking at the She Leads conference in Canberra on May 13. See more on the event here.