Catch 22s: The perks and pitfalls of being a woman in politics

Joanna is a PhD Candidate in the '50/50 by 2030' program at the Institute for Governance and Policy Analysis. She is currently researching the relationship between Political Women, Corruption, and Catastrophe.

At YWCA Canberra, we value diversity. That is why we launched Write for Us, an opportunity that provides our members and friends with a platform to discuss their experiences. Today, we are sharing an article written by Joanna Richards, discussing the catch 22’s women in political leadership positions can find themselves in. 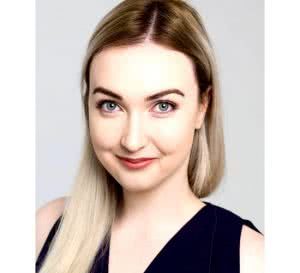 For women looking to enter the political arena, there is no shortage of catch 22s. There has been a recent increase in the number of women heading political parties, and while their presence is encouraging, the circumstances which may have lead to their ascension is cause for concern. If women are being promoted into untenable circumstances with unrealistic demands, their time in office could be detrimental.

The consequences of setting women up for political failure may be the unjustified confirmation of false presumptions about the political abilities of women. Moreover, the more negative experiences of political women we witness, the less likely women are to run for office in the future.

Three obvious catch 22’s include: The Glass Cliff, The Purity Myth, and what I have termed the Softly, Softly Strategy.

A phenomenon gaining more and more traction in mainstream understanding of the political world is The Glass Cliff. This research, spearheaded by Michelle Ryan and Alexander Haslam, argues that women are granted opportunities to lead when circumstances are less than favourable.

A number of factors influence this unfortunate phenomenon.  Firstly, it has been demonstrated that men choose not to contest elections during hard times in order to protect their reputation, deciding instead to bide their time and seize the opportunity in more happy circumstances.

As a result, elections or leadership discussions that take place during or following a crisis are comparatively low competition, providing female candidates with an uncommon opportunity. Moreover, crises have been shown to facilitate risk-taking – allowing for groups, in this case political parties, to try something new or question the status quo.

A final causal factor associated with The Glass Cliff is the belief that women perform better than men in a crisis, and therefore are more suited to lead in troubled times.

The problem for women in this predicament is self-explanatory. Leaders are more likely to fail and more likely to attract criticism when things are going wrong. If they are unable to resolve a crisis, they will be seen as failures.

Moreover, even when women do resolve crises, they are often removed when the waters have calmed, and replaced by a preferred male candidate. Examples of The Glass Cliff can be seen in almost every instance when a woman has headed a State Government in Australia.

There is a long history of women being viewed as the fairer sex. This has translated through time, with female political candidate being viewed as more ethical, based on relatively little evidence outside of their gender – this is The Purity Myth, wholly researched by Jessica Valenti.

Voters are more likely to support a female candidate than an otherwise similarly qualified male candidate if the female is perceived to have integrity (read: in a happy monogamous relationship or chaste). The problem with this is that if any ‘ethical’ wrongdoing is perceived or revealed (on the part of the politician, or their party, or in some cases, even their families) they are punished more harshly.

While women occasionally capitalise on this inferred quality and incorporate it consciously into their campaigns, it is certainly a double-edged sword. Any instance during their tenure that could be seen as unethical can severely damage their authority and their support base.

Evidence of this phenomenon can be seen all around the world, with over a quarter of female heads of government being removed from office in relation to accusations of corruption.

My forthcoming research on female leaders of political parties suggested that a key reason for the sudden abundance of opportunities for women at this level is related to palatability.

By installing a woman as leader, political parties hope to soften their otherwise divisive image. Particularly in Europe, there has been a sudden rise in female leaders of minor parties, who represent fringe or extreme views. Coverage of these women in the media, as well as official materials released by their parties, make clear the motivations behind these promotions.

The normative conceptions of women as soft, kind, fair, and benevolent is strategically used in the hopes that it will transform the toxic image of fringe parties to something more acceptable in the mainstream.

This is supported in Nonna Mayer’s investigation of Marine Le Pen’s influence on the National Front, where she concluded that Le Pen’s ‘success was attributed to the ‘de-demonization’ strategy implemented to soften the party’s image, making it credible on issues other than immigration, and diversifying its electoral audience.’ Marine Le Pen isn’t the only example of women coming to power in order to soften political parties, other examples include; Frauke Petry in Germany, Sia Jensen in Norway, Pia Kjaersgaard in Denmark, and Michelle ONeill in Northern Ireland*.

The issue in this instance is two-fold.

Firstly, the extent to which women will have this kind of transformative effect is unclear, meaning that it is quite possible these leaders will find their time in the top job short-lived if they cannot improve the reception of their party.

Secondly, as this kind of transformation is in no way substantive, that is to say it is based only on the party leader and not on any actual shift in policy, it is unlikely women in these position will maintain public support for long periods of time. Basically, women who ascend under these circumstances are unlikely to have a long shelf life.

Political progress made by women is always worth celebrating. It is, however, important that we apply a critical lens to the circumstances surrounding progress to ensure that we are consistently laying the foundations for long-term success.

We must not settle for descriptive representation in high political office, but rather demand the happy endings that we deserve.

* ONeill was not used to soften an extreme party, but rather to seperate her party from it’s historical affiliation with the IRA.