What is CSW and four reasons why it matters 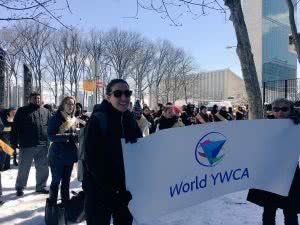 What is the Commission on the Status of Women?

The Commission on the Status of Women (CSW) is the chief policy making body on women’s rights and gender equality at the United Nations. CSW operates as a functional commission of the UN’s Economic and Social Council (ECOSOC), meaning CSW is charged with promoting and monitoring women’s rights around the world.

CSW is held over approximately two weeks at the United Nations Headquarters in New York every year in March. The principle output of CSW is the Agreed Conclusions, international soft law commitments for governments to implement.

Civil society influences the negotiating process through advocacy at the UN and through the NGO CSW. The NGO CSW is a civil society-led event occurring at the same time as the CSW negotiations. NGO CSW is held primarily through parallel events where activists, advocates and women’s human rights defenders from across the world connect, share and advocate. This year, 3900 civil society representatives attended the CSW61, which with the impact of the visa ban, is a downward turn from recent years.

Every CSW has a priority and review theme and occasionally there is an emerging theme. The review theme allows for monitoring and follow up of previously made CSW commitments and the emerging theme allows for momentum and action on an area that has previously not received the attention it should at CSW. This year, Women’s Economic Empowerment in the Changing World of Work was the priority theme, Challenges and achievement in the implementation of the Millennium Development Goals for women and girls was the review theme and The Empowerment of Indigenous Women was the emerging theme/focus area.

Why does CSW matter?

CSW is where we check the world’s pulse in relation to gender justice. While progressive feminist activists have, in recent years, lamented the lack of progress in the Agreed Conclusions, the power of this document is in the reality it reflects. As a consensus document, the Agreed Conclusions contain competing and conflicting agendas and viewpoints where we can locate the hurdles, the sticking points, and yes, the progress, as fragile and small as that can seem.

Sexual and reproductive health and rights, recognising the reality of the sex and gender continuum, intersectional approaches to addressing gender injustice and tax and trade justice are just some of those CSW hotspots.  CSW Agreed Conclusions might not be our vision, but they reflect realities which is useful in mapping our path ahead.

The Sisterhood is Global and CSW is a powerful affirmation of this. CSW is a unique opportunity to connect with thousands of women’s human rights defenders, activists and advocates from around the globe. It’s a platform for women to share their stories and be heard and supported, it’s an opportunity to network, share, learn, strategise and advocate collectively.

In a world of borders, parochialism and xenophobia, CSW is a space of resistance and international solidarity. The flipside of this is that CSW is and continues to be seriously hampered by these very forces when they lock out participation from women experiencing the oppressive forces of this marginalisation. 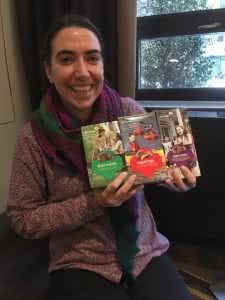 CSW is an opportunity to bring an international component and lens to issues that organisations and activists advocate on locally and domestically. Having issues you advocate on locally, such as women’s access to affordable housing or access to domestic violence leave, recognised in international frameworks is powerful. This international dimension then adds another point of leverage in the domestic advocacy work we all do. Holding governments to account on the commitments they make at CSW creates additional pressure for policy reform.

You sleep, eat and dream feminism for two weeks.

Personally, I find the experience of being surrounded by activists and soaking in the CSW atmosphere amazing. CSW has given me space to expand my feminist knowledge, build my own advocacy capacity and connect and connect with people I thought I’d only ever know through Facebook! This has created a strong sense of wanting this experience to be made available to as many young people as possible and to share what I know for any prospective CSW delegates.

*Sincere thanks to Susan Hutchinson for her expertise and assistance in developing this article.*