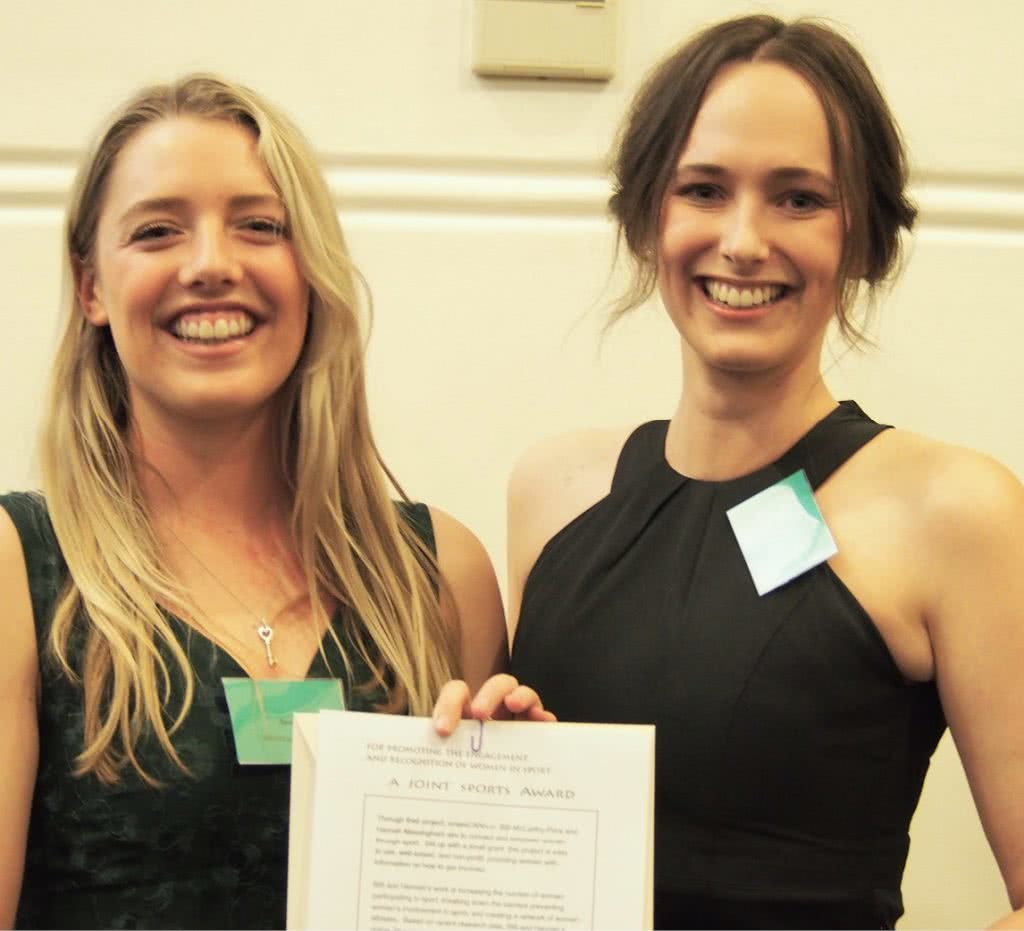 We’re lucky to have countless incredible women leaders in our YWCA Canberra networks. Three of those women recently received Edna Ryan Awards, in recognition of their work to advance the status of women.

YWCA Canberra Board Director and Founder of Cooking Circles, Heidi Zajac, and co-founders of womenCANplay, Hannah Massingham and Billi McCarthy-Price, were honoured to receive their Ednas at an awards ceremony on Friday 14 October. Both Cooking Circles and womenCANplay were started with support from YWCA Canberra’s Great Ydeas Small Grants Program in 2015.

The awards were created in 1998 in honour of Edna Ryan, who fought for equal wages and conditions for Australian women for more than 30 years. The awards recognise women from NSW and the ACT who have made a feminist difference across ten categories, from community activism, to mentoring, to sport.

Heidi received a Community Activism Award for making a feminist difference in the community through Cooking Circles. Cooking Circles brings women together to share culture, stories and recipes, and cook and eat together.

Heidi’s inspiration for Cooking Circles began in Timor Leste in 2012, while she was there on a three week trip to support local women to establish a YWCA. On that trip, she found that the practice of preparing, cooking and talking about food together created a platform from which connections and friendships could be strengthened, and a range of conversation topics could effortlessly arise, such as gender, nutrition, politics, education and language.

Now in its second year, Cooking Circles continues to create and facilitate cooking networks for women in Canberra, with the aim of building connection between women to address social isolation. Through a range of discussion panel events, Cooking Circles also provides opportunities for women in public speaking, helping to build their skills, confidence and networks.

Hannah and Billi received a joint Sport Award, for their work to increase women’s participation in sports across the ACT.

womenCANplay is a web-based project which provides women with the information they need to get involved in sport. Billi and Hannah want to see more involved in sport in the ACT and Australia, whether through playing, spectating, coaching, refereeing, being a club member, or contributing to sports news through photography or writing.

womenCANplay builds on research by UN Women, Ernst and Young, and the Women’s Sport Foundation, which shows that female participation in sport produces a variety of benefits, such as increased self-confidence and sense of belonging, accelerated leadership and career potential, and a way to challenge gender stereotypes and make progress towards gender equality.

Heidi, Hannah, and Billi were excited to receive their Ednas, and we’re sure they will continue to work to make a feminist difference to the lives of women across Australia!