She Leads Workshop – Media Bootcamp: smashing your next media interview with Ginger Gorman and Sue White

She Leads Workshop – Media Bootcamp: smashing your next media interview with Ginger Gorman and Sue White 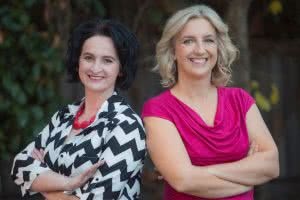 unity and then walking away wishing you’d done better? Does the thought of being interviewed by the media send you into a cold sweat? Do you want to learn how to talk about your work in a more effective way?

This fun and hands-on workshop, you will:

Over the course of two hours, the workshop will explore a model of theory about how the media operates, cover the types of questions an interviewer will ask and will include a mock interview practice.

Ginger Gorman is an award-winning print and radio journalist based in the Australian Capital Territory. She is also a 2006 World Press Institute Fellow. Her freelance work has been published in print and online in publications such as news.com.au, The Huffington Post, The Guardian, The Age, Mamamia and the ABC’s Drum website.

Sue White is a journalist, travel writer, copywriter and writing coach. She has been published in major magazines and newspapers around the world, particularly in Australia, where she writes weekly for The Sydney Morning Herald and The Age newspapers. Her work has been published everywhere from the ABC to Vogue.

YWCA Canberra’s She Leads Workshops form part of our women’s leadership pathway, and provide members with the opportunity to hone their leadership skills through a series of targeted professional development workshops.

If you have any queries, contact Debbie Harper at debbie.harper@ywca-canberra.org.au