Great Ydeas – Where are they now with Heidi Zajac

Great Ydeas is YWCA Canberra’s small grants program, providing up to $2,000 to women to help kickstart a great idea for a business, community development project, or to support professional development or education and training opportunities. Applications for the 2017 Great Ydeas program are now closed, and in the lead up to announcing this year’s winners, we’re featuring some of our amazing past recipients to highlight what can be achieved through the program.

Heidi Zajac received a Great Ydeas grant in 2014 for her project, Cooking Circles, and has since connected hundreds of Canberra women through cooking, story sharing and community building. Here, she tells us how Cooking Circles has continued to evolve, and shares some of the biggest lessons she’s learned along the way.

You can also hear from Heidi at our Great Ydeas Innovation Breakfast on April 27 at QT Canberra, where she will feature as a panelist. You can read more about this event here.
__

When did you receive your Great Ydeas grant and what did it enable you to achieve? 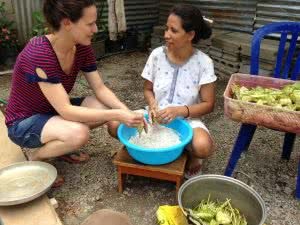 I received a Great Ydeas grant in 2014 at the Round the World Breakfast. This was really the day that I now think of as the official start of Cooking Circles! The grant enabled me to travel to Timor Leste and run a pilot with women and girls, where we cooked; and discussed food and cultural and social issues. I created a blog from the pilot, and this trip was the start for me of something bigger – the Cooking Circles of 300 women in Canberra today.

I would encourage anyone interested in taking your idea to the next level to get that application for Great Ydeas in. For my project, the funds were a big help, but it was also the moral support, informal mentoring, and networking that came with the support of YWCA Canberra members that made Cooking Circles grow.

The project has grown to a network of women who cook, run events, speak on panels, and hold fundraisers. It has grown to being the kind of project I dreamed it would be, whereby it is run according to the needs and demands of women in our community of Canberra, but also by these women. I have had less and less to do with the frontline running of Cooking Circles this year. While that might sound strange, it is exactly what community development practice that informs Cooking Circles, is all about.

Eventually I hope that networks of women are created across Australia so that women and girls are not isolated in their homes, but have others they know, can trust, and call on when they need a hand. Cooking Circles is growing into both its’ elements. The cooking takes places to break the ice and give women something in common. But the Circles are what are formed over a series of these intimate events. 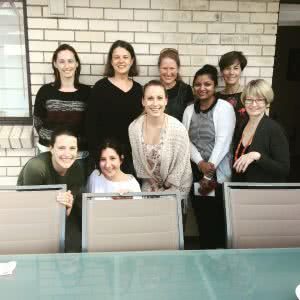 From day dot I have followed my instincts to create Cooking Circles the way it is. I know this could only be something to have come from instinct because the combination of cooking, Timor Leste and feminism is unusual!

An excellent example of trusting my instinct was when in Dili for the pilot in 2014, cooking workshops weren’t rolling out the way I’d planned. I had to change approach – or risk damaging relationships with my Timorese friends and feeling unhappy with myself. I followed what was happening naturally of a day in the household I lived in. As a result, conversations became freer and opened up to reveal what was possible when there was no focus on ‘output’. I had conversations that started out about food, and morphed into politics, gender and society, religion, language, poverty, and more. From the experience I created the blog, and Cooking Circles network has evolved in Canberra instead of Timor Leste at this point.

Balance an open mind with a clear vision

There are so many times I’ve been at a crossroads throughout the project. Combine this with an aptitude for flexibility, new approaches, and love of change, and it can be hard for me to say no to any new direction.

But the presence of a clear vision from the very beginning has guided the choices I make about the directions I take. Cooking Circles is all about bringing women and girls together to build communities, using cooking as a tool.  If an opportunity like a partnership, sponsor, a new project within Cooking Circles, or working with a volunteer, doesn’t fit with my vision and principles, I feel alright about turning that down.

Talk to the people who disagree with your approaches

It sounds strange but this has been one of the most important things to me in forming Cooking Circles, and in the journey since then. I am blessed with friends from different walks of life. I have spoken to these people deliberately about an idea to get their take on something. It helps me strengthen my case for what I’m doing, or can open my mind up to another, better way. Whether we agree or disagree, I am always the better for these conversations. They’re not easy, and can leave you feeling a bit bruised when you think your way is the best way! But these learnings are gold. 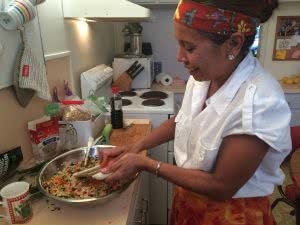 Do it! Start by talking to friends and family (including those who disagree!). You want to have your project as clear as possible in your mind before you submit your application. The Panel will notice your readiness and commitment to the project and it will thus stand out.

Make advancing women the centrepiece of your project. Great Ydeas grants are all about women backing other women, and so think of the best way you can align your skills and passions with positive outcomes for women and girls.

Be sure to have a plan of how you’re going to approach the project – but plan for the unexpected too. Like my project in Timor Leste, the approach had to change so that the impact for women would still be a positive one.

Lastly, have two or three people you trust look over your application. They can help point out any gaps and prompt you to clarify somethings which may be obvious to you but not your reader.  Avoid sending your application to too many people – that might leave you with too much conflicting advice.

Making the application about an idea you’ve probably thought about for a while is probably going to take you outside your comfort zone. But the opportunity for you to build something that makes a positive, feminist, difference, is definitely worth it!

That’s a good question! In 2017 I’m looking at doing more of what we have done well these last 2 years especially.We will be holding a big Timorese fundraiser for a community garden project by university students in Dili, and I’m also planning another Bush Tucker workshop in NAIDOC week. 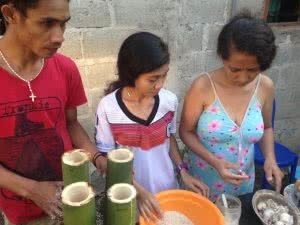 One little thing I’d also like to do is create a Cooking Circles podcast, sans cooking. It will be regular storytelling piece where women share about their own lives. If you’re interested, you know what to do!

How can people get involved?

I’d really encourage you to get involved in any of these ways: volunteer to run a Cooking Circle in your home or at a community centre; volunteer your skills with Cooking Circles team; join the Cooking Circles network. To volunteer, email me at cookingcirclescbr@gmail.com, or find us on Facebook and Instagram.