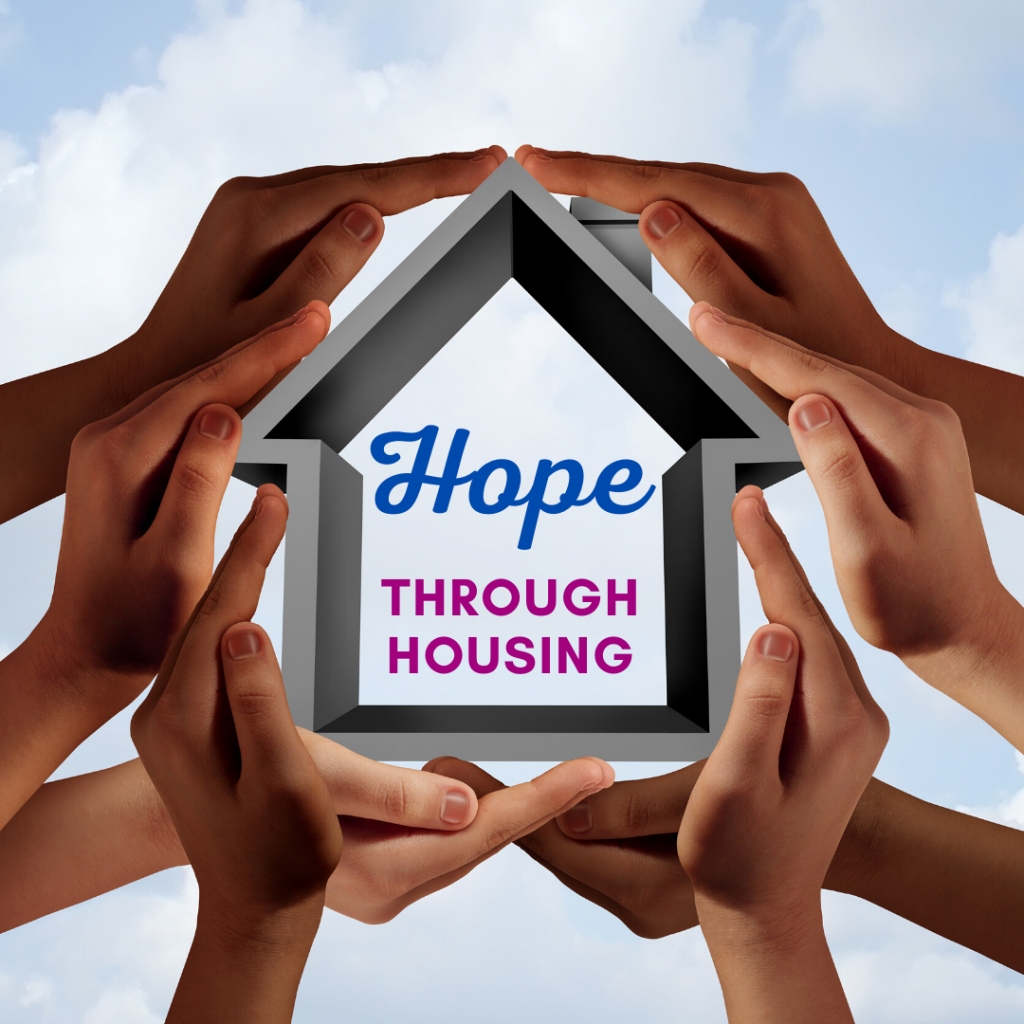 We have been providing housing support to women and the broader Canberra community for more than 60 years. In this current time of crisis, our services have been under even more demand. We have rapidly adapted, moving to telephone and video appointments where appropriate, and are actively looking for more affordable emergency and transitional accommodation, both for our clients and those of other services in the Canberra region.

But even in these trying times, we’ve had moments of hope and joy from our work that we wanted to share with you.

Our charitable property management service, Rentwell, is running and is accepting new properties.

One property owner proactively reduced the rent by $100 per week until the COVID-19 crisis has eased, and three more owners have reached out to say that they will accept the losses if their tenants are struggling to pay the rent because of COVID-19.

We have even been able to tenant a new property while maintaining social distancing, bringing us up to 22 properties.

We are doing regular check-ins with all our clients including our older women Next Door clients, even those who now have stable housing, to ensure they have everything that they need while self-isolating. We’ve found most women to be very proactive in their approach to social isolation and finding lots to occupy themselves. But to help them out, we are distributing activity packs to encourage physical and mental wellbeing and community connectedness.

We’ve discovered that some of our clients are artists and are using this to do more artwork. Others are doing jigsaws, knitting and crocheting and getting lots of exercise by going for long walks. 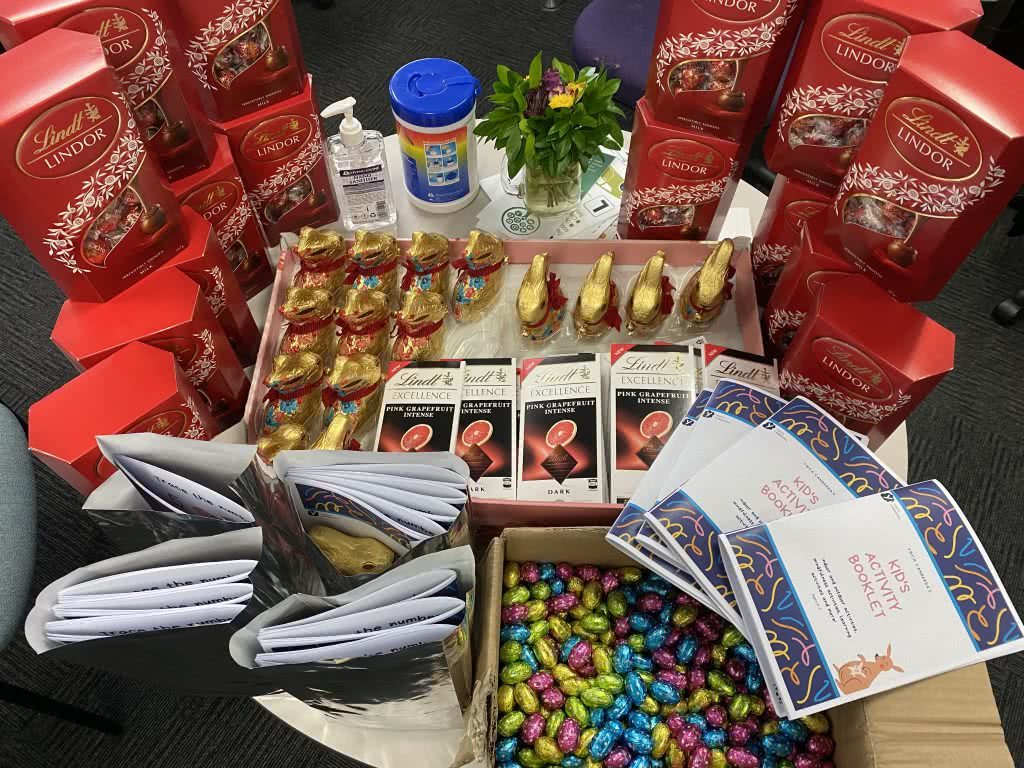 Thanks to a fantastic donation of Easter chocolate goodies, our housing team created gift packs full of chocolate eggs, chocolate bunnies and YWCA Canberra activity booklets for our families in community housing.

Our team loved playing the role of the Easter Bunny. One client wasn’t home at the time of the delivery, so was very confused at the chocolate on her doorstep but delighted that someone out there was thinking of her family.

Helping those in need

Through our community housing and transitional housing, we help women and their families who are at risk of homelessness to have safe and secure homes.

Working with people who were already in vulnerable positions before this crisis, our team has been touched by the overwhelming amount of support and solidarity they have witnessed within our families in this trying time. They have seen mothers become teachers, children helping their parents in tasks and cleaning, and families work together to keep going despite the uncertainty.

Our team are thankful that they can work alongside these families and watch them thrive, grow and adapt to a new world even during a crisis of their own, to support not just their own families but their community as well.

Here are just a few heart-warming stories from the last few weeks.

We recently worked with a single mum who comes from a refugee background with three children, living in one of our houses. Until recently she had been running her own cleaning business but, in this crisis, work has dried up and she has had to stay home to look after her children. Not being eligible for Centrelink payments, she couldn’t afford to pay her rent, so we reduced it to $0 and linked her up with support for food and bills. We worked with her children’s school, which gave the school-age kids iPads. We’re told they are being very good at learning from home. The mum is incredibly touched that Australians are helping her so much in her time of need.

One of our clients is a young Aboriginal woman who was 34 weeks pregnant with her first child when she reached out to us in March 2020. Severe morning sickness throughout her pregnancy had resulted in her having to leave her job. She and her partner were experiencing significant financial hardship and were about to be served Notice to Vacate from their private rental property.

The young woman come to us scared that, given her high risk of becoming homeless, Care and Protection would become involved when her child was born. We applied to Housing ACT for discretion given the urgency of the case and were able to head lease a property from Housing ACT for the family. Our client was delighted to be given the opportunity to have the best start in a new home for herself and her young baby daughter.

We have been providing outreach support to a single mother who was evacuated from her home in NSW after the recent bushfires. These changes have been extremely difficult for her daughter who has an autism spectrum disorder. Sadly, this has been compounded by significant family break-down and violence, resulting in the mother and daughter becoming homeless.

Both mother and daughter have demonstrated remarkable resilience and, with support from Onelink and YWCA Canberra, they have now accessed mental health support and the daughter is receiving much-needed NDIS support. We worked with Onelink to get temporary emergency accommodation for them while we continue advocating their case to Housing ACT. We are also helping the mother consider schooling options that can best support her daughter’s needs.

We have been working with a father with two children on and off since 2015. Following a relationship breakdown, he had weekend visitations with his children. When he came to us most recently, he had been given a Notice to Vacate and only a week to leave and find a home. Although he works fulltime, it was very difficult for him to find a two-bedroom property in Canberra’s difficult rental market. Sadly, he became homeless and was staying in a van in his friend’s backyard for three weeks.

We worked with him on his rental resume and continued looking for properties suitable for him and his children, which he found after three weeks. He is now preparing to seek increased custody so that he will be able to bring his daughter into his new home.

We recently worked with an older woman who is on Newstart and has a young adult son with an autism spectrum disorder. They were living with 12 other people, with the older woman staying in one room and her son sleeping on the balcony. They had applied for many properties but with no success. Her son was struggling with noises from the crowded house, causing him significant stress which resulted in self-harm.

We helped the woman with her rental resume, provided a support letter to CHC Australia and consulted with other agencies with them. Sadly, by the end of March, they became homeless and stayed in short-term accommodation for two weeks. But they were then accepted into a two-bedroom property through CHC, which they have just moved into. They are both very much enjoying having their own rooms!