How did Bridget Clinch challenge workplace discrimination at the Australian Defence Force and lead on massive change in the process?

Bridget Clinch is a former infantry captain, East Timor veteran and trans activist who came to public attention in 2010 when she challenged the Australian Defence Force (ADF) policy of not allowing trans personnel to serve while considering or undergoing gender reassignment. 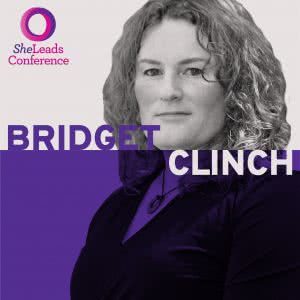 Since then, Bridget’s leadership has evolved from a traditional “leader by trade” role in the military to a high-profile community activist for the LGBTI community.

Bridget’s leadership journey began with a decision to overcome personal discrimination, after she was stunned to be given a month’s notice when she informed her superiors she was about to start the process of transitioning.

“I was left with no choice, other than to either do nothing and accept that I was going to lose my career in an unjust way, or I could do all the homework I needed to do to fight.”

Bridget had overseas precedent from Canada and Britain on her side, as well as a firm conviction that her proposal that Australia catch up with other counties “wasn’t radical”.

After a protracted battle where Bridget drew upon extensive research and legal advice, as well as the support of then Attorney General, Bridget triumphed and the ADF abolished the policy.

Despite this, Bridget faced significant internal resistance, and recalls being told at the time by a senior officer from the Chief of Defence Force’s office that “[w]e won’t see people marching in uniform at the Mardi Gras in our lifetime.”

Fast forward to the present, and uniformed personnel have marched in the Mardi Gras since 2013, with the ADF saying that ‘[i]nclusion is a critical issue, as our combat capability is built upon team cohesion and respect’ in response to criticism from commentators such as Miranda Devine that their participation was overly political.

Bridget has now left the military, but is regularly contacted by supporters seeking her advice on trans related issues, and as an active member of The Greens, contributes to the party’s platform on topics such as the “big ticket legal issues for LGBTI people in Queensland”. This includes her current advocacy to change legislation that requires people who change their gender to divorce their partner.

Bridget has run twice as a candidate and is currently placed fifth on the Greens senate ticket for the upcoming Federal election, and says she is motivated to represent Queenslanders to allow her to have the greatest impact on LGBTI equality.

“Politics makes sense [as a career path] because it encompasses that community aspect and representation and getting rid of inequality at a real level where it actually makes a difference.”

To hear more of Bridget’s story, register to attend the She Leads Conference 1 August at Rex Hotel Canberra here.