Ashleigh Streeter is a 2018 YWCA Canberra Board Trainee and the Co-Founder of Gender Chat.

At YWCA Canberra, we value diversity. That is why we launched Write for Us, an opportunity that provides our members and friends with a platform to discuss their experiences. Today, we are sharing an article written by Ashleigh Streeter, discussing her recent experience at the 2018 Canberra Women’s March. 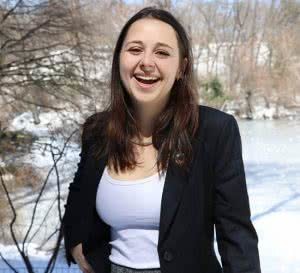 On February 4 2018, Canberra held the second ever Canberra Women’s March to advocate and show our support for gender equality.

Arriving at the March, I was overwhelmed by the number of people of all genders, and the wider level of support – the positivity in Garema Place was infectious. Signs from various groups including Amnesty International, the Labor Party, Unions and more joined individual signs – ‘Real Men Believe in Equality’, ‘Who Run the World – GIRLS’ (because no female empowerment movement is complete without our deity, Beyonce), ‘I’m only an angry feminist when you’re an ignorant, misogynistic arsehole’, ‘the future is female’ and more.

The event involved some fantastic speakers including social entrepreneurs, Nip and Gayana Wijeqickrema, LGBTQIA* Advocate Jenni Atkinson, President of the Tongan Association of Canberra, Uieta Kaufusi, and more. The event was MC’d by Caitlin Figueiredo and Saba Awan, both powerhouses in their own right.

During the event, two intoxicated men came and stood not far behind me and began to criticise the event. Needless to say, I was instantly enraged, but was similarly paralysed, hesitant to act in case I put myself in harm’s way.

Fortunately, the event had some pretty incredible volunteers who came over to ask him to be respectful, but even against a group of approximately seven people, one man in particular continued to insult, belittle and graphically abuse both women, and the volunteers themselves.

My experience at the Women’s March highlights both the reason why we need a women’s movement and the importance of having one. 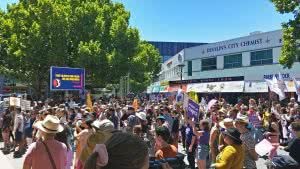 From a personal perspective, feeling unsafe to confront two older men who were bigger than me and under the influence of alcohol to ask them to stop behaving in a manner which was disrespectful and degrading reminded me that women are too often the victim of violence and although we know what must be done, we must always factor in personal safety.

This is a situation familiar to too many women who must make a decision whether to speak out. We can recognise when a behaviour is wrong, but must still consider how speaking up will have an impact. This can be difficult in the workplace, as it can compromise job security, and in the wider world (how will my date feel about being sent home?).

From a broader perspective, that these two men felt they could come to an event which we had worked extremely hard to secure as a safe space and share their hate is reminiscent of the reactions of many to the women’s movements, men encroaching on the space of women. While stories around #metoo and #timesup continue to be shared by many, many women, there exists a counter-movement, a counter movement of men who ask ‘what, so we can’t even speak to women anymore?’ and who have branded it a ‘witch hunt’. Men on social media who continue to target women who speak up by threatening violence, rape and death.

This is precisely why we need events like the Canberra Women’s March.

Women deserve better, and while we’ve made significant progress over this last year, we’re not there yet. We deserve better for all women including women of colour and the trans community. 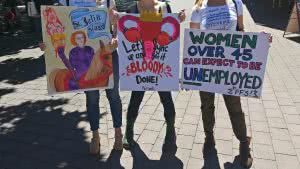 As a gender equality and peace activist, I believe Canberra will reach the ‘new dawn’ that Oprah prophesied – and not in 175 years as predicted, but within our life time. Our gender equality movement here in Canberra is being pushed by a strong, passionate intersectional group of individuals who are advocating for a better future – for all of us. These individuals are challenging the status quo and sending a strong message; that’s enough, your time is up.

The Canberra Women’s March is a strong reminder that everyone can do something. Big or small, our decisions fuel a collective action that has the potential to change lives. We are always stronger together.

Canberra, we’re at a time in history now where we can be part of a wider movement – we have a chance to make history (or herstory). Our time is now. Stand up, fight back.