Our flagship women’s leadership event, the She Leads Conference, is just around the corner, and we can’t wait to bring emerging and established women and non-binary people together with some of Australia’s most inspiring, diverse and accomplished leaders for a day of learning and sharing. To make this event as accessible as possible, we offer a selection of scholarships that simply couldn’t happen without the generous support of our donors.

This week, we interviewed Deborah Burridge, the daughter of the late Jacq Burridge, a life member who was integral to the YWCA community. Deborah told us about her mother’s history with YWCA and why the Burridge family sponsors two university students to attend the Conference in honour of Jacq each year. 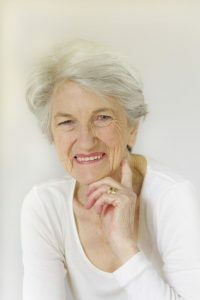 Jacq Burridge’s journey with YWCA began when she was just a young girl taking ballet lessons offered by the organisation. In 1942, at 15 years old, Jacq was made to leave school, a place she loved dearly. This was so her family could afford to send her brother to a private school. From such an early age, Jacq became acutely aware of the inequality between boys and girls.

Jacq’s daughter, Deborah, tells us that around forty years later her mother was asked to join YWCA Canberra’s Board, and within just a year, she was elected as Board President. During this period, the organisation was experiencing financial difficulties, so the focus on programs for women had reduced significantly. To combat this, the Board, alongside other key YWCA women, decided to sell the YWCA Canberra-owned Una Porter Building. This revenue allowed the Board to continue to fund the continuation of existing and development of new essential programs for young women in the ACT. These included a number of housing projects for women of all ages.

“From that time, YWCA Canberra moved from strength to strength,” Deborah told us. Her mother served a second term as President alongside a term as YWCA’s National Vice President, with a connection to World YWCA. Jacq attended several World Councils, including Fiji which underwent a military coup just as delegates were arriving.

In the 90s, Jacq was awarded a YWCA life membership as well as several awards in recognition of her work with the organisation and more widely in the ACT, including a Chief Minister’s Award. She continued to be involved with YWCA Canberra until she sadly died after a short illness in 2015.

“Jacq gave many hours volunteering and was highly regarded and respected by not only Canberra Y members and staff but also national and world members.” 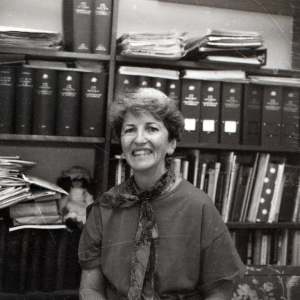 Following her death, Deborah and other members of the Burridge family decided to set up a scholarship in Jacq’s name to help young women and non-binary people attend the She Leads Conference.

“Jacq believed nothing should prevent young women from reaching their full leadership potential.”

Deborah told us that the Jacq Burridge scholarships are important because, despite the incredible milestones achieved by many women and non-binary people worldwide, there is still a long way to go toward accessing leadership opportunities.

“Attending the She Leads Conference will provide young women with not only some great leadership tools but the opportunity to listen to a number of incredibly inspiring leaders.”

Apply for a scholarship

Are you a young woman or non-binary person enrolled in university who wants to attend the upcoming She Leads Conference? Apply for a Jacq Burridge scholarship today!