In honour of World YWCA Day

World YWCA Day takes place every year on April 24. This year, former YWCA Canberra board member Roslyn Dundas visited the World YWCA Office for the occasion. Here are some reflections from the day, and on its significance here in Canberra, Australia. 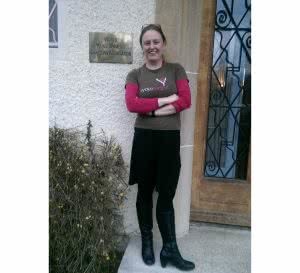 Sitting on a train, heading to Geneva, I’m excited to be able to join the team at the World YWCA Office to celebrate the global YWCA movement for World YWCA Day. World YWCA Day is a great opportunity to reflect on the breadth and purpose of this amazing organisation.

The members of the World YWCA Nominations Committee, facilitators of the election processes at World Council, are meeting for the first time since our appointment at World Council 2015. Members are coming from Canada, Korea and Australia and we will also be joined by others from Benin, and a past member from the Netherlands via the internet. When the YWCA was formed all those years ago, Skype, Facebook and email weren’t around to help us communicate so regularly. Members traveled by boat and worked by hand-written letters. I marvel at how technology allows us to do so much more, more quickly, but also the importance of the friendships formed by face-to-face engagement.

The work of a Nominations Committee can seem dull, issuing ballot papers and collating nominations. But we’re conscious of the importance of using democracy to enable leaders of the movement to undertake their roles. Also, I hope we can model good processes – for some of our members, World Council, which occurs every four years, is the only forum in which they actually get a vote.

Back home in Canberra, my local association is hosting its annual World YWCA breakfast this week. I’m sad to miss it this year, as the breakfast is my favourite opportunity to catch-up with other local members and hear from some engaging speakers. The YWCA Australia commenced the breakfasts in 2003, in the lead up to World Council hosted in Brisbane — then World YWCA General Secretary Musimbi Kunyaro was the inaugural speaker.

Some highlights from the past decade and a bit include Elizabeth Reid speaking of her work with women in the highlands of PNG on HIV/AIDS and sexual health, at a time when this work was still in its early days. In 2009 the then Auditor-General of the ACT, Tu Pham spoke delightfully about her leadership journey, working in a male dominated field. The then ACT Chief Minister Katy Gallagher lamented the representation of women in parliaments. Katy and I were both elected to the ACT Parliament in 2001, in an exciting election that saw female representation in the ACT triple from 11 per cent to 35 per cent. YWCA Canberra has been a leading advocate for the inclusion of more female voices in decision making in the ACT, and just recently has issued an election platform for the upcoming 2016 local vote.

Since YWCA Canberra turned 80 in 2009, the breakfast has also included the presentation of the Great Ydeas grants – art projects, study tours, business start-ups, and facilitated networks have all been supported. The legacy of prudent financial stewardship has enabled the YWCA Canberra Board to help foster new ideas and projects, and in the process, engage more people in the YWCA itself.

In 2016 we celebrate World YWCA fresh from the enthusiasm of World Council 2015, where the new strategic goal that “by 2035, 100 million young women and girls will transform power structures to create justice, gender equality and a world without violence and war; leading a sustainable YWCA movement, inclusive of all women,” was adopted. It’s a big goal but I’m inspired knowing there are a women and young women from New Zealand to Nigeria all committed to making this goal a reality.