Is it time to talk Social Impact Investing in housing affordability? 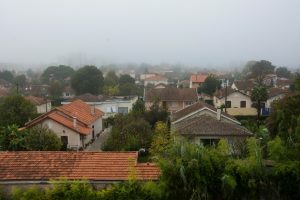 As hundreds of thousands of families wait for social and public housing nationally and many more are in private rental stress, it is unwelcome news that housing affordability is worsening. As the levers and motivation of government to intervene in the affordability dynamic diminish, there is urgency to look towards alternative models of lifting housing investment and supply.

The first months of 2021 saw the biggest spike in house prices of the last 17 years. The Canberra market was one of the strongest performers with a 1.9 per cent rise facilitated by record low interest rates, a supply deficit, a relatively stable public income base and an improving economic landscape. An inescapable level of FOMO (fear of missing out) is also adding to the anxiety among middle-income aspirant homebuyers increasingly frustrated at being trapped in a cycle of renting while others on lower incomes endure a rental market that is ruthlessly competitive.

For those paying rents of around $700/week for family homes in the inner suburbs, saving to buy is a futile .  For some potential buyers, the “Bank of Mum and Dad” can help them purchase outside the limits of their income bracket. Now the fifth biggest home loan lender in the country, with around $92 billion in debts being owed to parents, the parental bank is only an option for those whose parents have a spare $73,000 on hand, the average amount loaned out to children.

With this mixture of psycho-economic conditions adding to the already dire state of housing affordability in Australia, significant attention was directed towards housing supply and affordability in time for the Commonwealth Budget in October 2020. Investment in community housing was considered a sure way to build affordable supply and boost the economy. The disappointment was palpable when investment in community housing was conspicuously absent from the Commonwealth Budget, and then from the ACT budget.

In the ACT, the message was abundantly clear; land sales were critical to the budget recovery and any wholesale affordable release of land to the social housing sector would undermine the recovery.  Alongside a political commitment to not sell-off public housing assets, the options to boost affordable housing through the levers available to government are fast dwindling. So where does all this leave housing affordability in Canberra?

Community housing developments, like our proposed Y-Homes build in Ainslie are important but without targeted affordable purchasing and re-purposed public assets the answer may require more lateral approaches.  Social Impact Investing can present part of the solution. An investment strategy aimed at addressing specific social issues while also generating financial returns for investors, SII in Australia has come a long way in the last few years from infancy to full-blown reality. Mainstream investors including superannuation funds, mainstream investors, and philanthropic funds are now getting involved.

In 2015 the superannuation fund, and YWCA Canberra Partner, HESTA partnered with Social Ventures Australia to launch a social investment trust which has gone towards the development of 100 specialist disability accommodation dwellings backed by the federal government’s National Disability Insurance Scheme. Other Social Ventures Australia investments include Horizon Housing, a community housing provider in Queensland and Premiums4Good a global QBE social investment strategy into renewable energy, healthcare and, in Australia, affordable housing. The Australian Government has realised the contribution of impact investment and established the Social Impact Investing Taskforce to determine its role in the new investment landscape.

While adding more actors to the mix of housing solutions is a good outcome for market diversity, policy levers and the bottom lines of government budgets, it is worth reflecting on whether the trend toward impact investing grants successive governments at all levels, which have allowed housing a private investment to boom while for others it remains a fantasy, a get-out-of-jail-free card.

This should not be allowed to become the case. There is without question a role for government in both anticipating and responding to the evolving housing needs of this country by investing in affordable supply and adjusting the tax settings that have allowed investment portfolios and one-bedroom builds to flourish while rental costs outstrip mortgages in the low-interest setting. And while policy change can take time, those on social and public housing lists do not have the luxury of time. As housing costs continue to outstrip the incomes of those on even modest double incomes the time to explore options to diversify the affordable housing mix, without the constraints of a glacial bureaucracy, is now.