It’s a frugal feast at Christmas for some Canberrans

Jordan recently visited the Lanyon Food Hub in Tuggeranong to meet some volunteers and members of the community who access the service.

Pay the gas bill. Service the car. Buy new school shoes for the kids. These are pretty ordinary expenses that we all juggle, crossing our fingers that at least they don’t all come at once.

However, for those living on the poverty line ($400 a week for a single adult), that list of expenses is narrowed down to the bare essentials. Pay the rent. Put dinner on the table. Fill that script… if there’s enough left over.

Canberra is often touted as the nation’s richest city, and frequently tops ‘liveability’ charts.  However, these statistics are deceptive, and they mask the scale of poverty experienced by our neighbours, many of whom struggle to purchase food.

YWCA Canberra operate a Food Hub at the Mura Lanyon Community Centre, where we provide food, free of charge to those in need.  Since opening in 2012, over 1100 individuals and families have received emergency food relief from the Food Hub. This includes many who need to visit the Food Hub regularly. 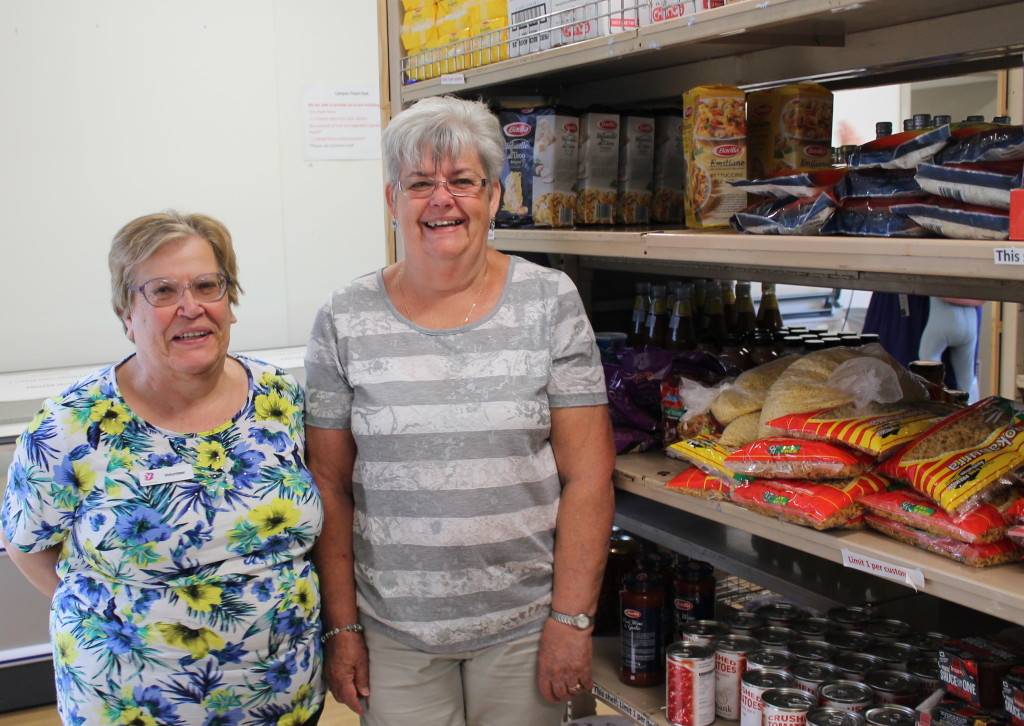 We’re rapidly approaching Christmas, a time of increased financial and emotional pressure for many, especially those already doing it tough.

I had a chat to Elizabeth*, who has been coming to the Food Hub on and off for a year.  She has a teenage son with a disability (a condition which often requires a special diet), and an older daughter living out of home but struggling to make ends meet herself.

When talking to Elizabeth about how she juggles other expenses, she states plainly, “I’m definitely living in poverty. I want to get my son out and about to do something fun, but it’s hard.

“And this time of the year, I’m panicking. My anxiety triples. It’s not just the presents, but its kids getting older and needing new things. My son needs an iPad for school – he’s one of only a few now who doesn’t have one.”

“If there’s something that I can’t find, they’ll go and have a look for me. Sometimes it’s hard to leave too – it’s nice to chat while I’m here.

“For Christmas, I’d love a roast – but here I like to get mince. It’s so handy in spaghetti because it spreads a long way,” she says.

Run by a phenomenal team of volunteers, the Food Hub is more than just food – it also provides a focal point for often isolated people to seek referrals to other services and, as Elizabeth said, just have a chat.

Irene has volunteered at the Food Hub for four and a half years and, along with a small yet dedicated volunteer team, keeps the whole place running. She is the friendly face that many see when they come into the Food Hub, often feeling embarrassed or uncomfortable.

“No one gets turned away here – but it’s sad to see so many people in need,” she said.

“A lot of them have kids, some of them are homeless. We’ve had people who have been sleeping in tents in backyards, or in their cars.

“We get some high school kids, here getting food for the family. It’s such a big responsibility for them, and it’s not right that they have to worry about things like that.”

There are a myriad of reasons why people come to the Food Hub.

“Some people have been put off [work], others survive on a limited income, and some have a disability. We don’t delve into people’s personal circumstances, but quite often people want to talk.  When they come in they say ‘it’s nice to talk to an adult for a change’.”

Irene has witnessed a significant demand at the Food Hub since she first started, an observation backed up by recent statistics from Foodbank NSW & ACT. Their crucial deliveries of frozen, chilled and dry goods to the ACT and Queanbeyan have nearly doubled from 218 tonnes in 2010-11 to 410 tonnes in 2014-15.

Despite the increased demand for this service, ACT’s emergency food relief has been hit hard by funding cuts.  Without additional community support, this critical service is under serious threat.

This Christmas, YWCA Canberra’s Frugal Feast appeal is aiming to raise much-needed funds for the Food Hub – with a very ambitious target of $15,000. The Frugal Feast captures the philosophy of enjoying the festive season without blowing the bank, and while keeping others in mind.

Donations to the Frugal Feast will close on Christmas Eve, so it’s not too late to help out.  There are many ways that you can get involved – host a morning tea, a pot-luck dinner or enter our writing competition (entries close tomorrow!).