At YWCA Canberra, we value diversity. That is why we launched Write for Us, an opportunity that provides our members and friends with a platform to discuss their experiences. Today, we are sharing an article written by Young Women Speak Out (YWSO) who tells us about their new photography campaign #JustHumanThings.

Young Women Speak Out (YWSO) is dedicated to building the capacity of young women feminist activists(16-17yo) to campaign and advocate on gender justice issues. They work with young feminists to connect them to enhance their advocacy skills, connect them to established organisations and gender equality leaders and provide concrete support and mentoring so they can make change!

#JustHumanThings aims to continue a discussion about challenging gender stereotypes. It will be launched on the International Day of the Girl (October 11th, 2018) and will be released gradually over the following days, finishing on Monday the 15th of October.

“Gender stereotypes should not define how you express yourself and live your life” Kate, YWSO, 17

Strict gender roles and stereotypes are not reflective of the world we want to live in, nor do they allow for the potential and opportunity for people to express themselves freely. We have a vision of a more tolerant society that values each individual equally. We are five young women, Tanvi (18), Zahra (18), Tilly (18), Kate (17) and Anwesha (18), from Canberra. Our photography series, #JustHumanThings continues the discussion around breaking down gender stereotypes people encounter in their daily life: from battling career stereotypes to challenging gender norms. We want people to see the things we do, the things we love and the work we do, are just human things.

“We want people to be free to comfortably chose what they want out of life, without worrying about gender” Anwesha, 18

Stereotypes are problematic when people rely on them as ‘the truth’. “55 per cent of girls 1 aged 7-21 say gender stereotypes affect their ability to say what they think.” Stereotypes around gender are pervasive and potent; indirectly, and often directly, influencing the way we organise our households and organisations, our hobbies, our work, and even ourselves.

We live in a highly gendered society. At all ages, in all spaces, girls do not think they are treated equally to boys. Between 96 per cent – 98 per cent of girls surveyed said boys and girls received unequal treatment; 91 per cent of younger girls agree it would be easier to be a leader if things were more equal between boys and girls.

“This photography campaign is a way to really show people that gender doesn’t bind you, and give them the opportunity to connect with the stories of the people in the photographs that they can relate to. Being a photographer for this campaign allowed me to meet some incredible people that are challenging gender stereotypes and norms in their everyday lives. I hope that these stories and pictures can inspire everyone, especially young people to follow their dreams and passions regardless of their gender.” Zahra, 18

“ Maintaining a home should never be gender specific. Sharing chores regardless of gender is another step towards gender equality.” Kate, 17

Young women do more than their fair share of housework, boys and men in households need to pull their weight! 75 per cent of young women aged 18-25 said they do more housework than the men in their lives. The number of millennial women working full-time and doing 30 hours 6 of housework was 254,000, compared with a tiny 32,000 of men.

Housework is not just work for women and girls. Doing chores is part of being a family, living together, sharing a space; it’s helping out and being part of the team. There are no ‘boy’ jobs or ‘girl’ jobs, everyone helps out to keep the place you live in running. Everyone needs to contribute fairly, irrespective of gender. If you’re paying children for doing their chores – make sure it’s equal pay! 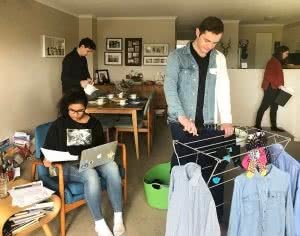 The UK’s GirlGuiding poll found ‘that girls believed certain subjects, such as science and maths, were more suitable for boys’. The hobbies we choose and the talents we cultivate should not be limited by gender roles. Girls can be a ballerina mathematician or play basketball, or do both.

“Don’t doubt the impact you can have on others just by breaking stereotypes and succeeding in your passions; such simple acts can inspire and empower.
Young women can excel in maths and so can dancers; both are capable of artistic and academic achievements” – Tilly, 18 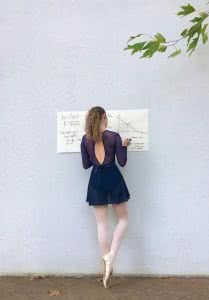 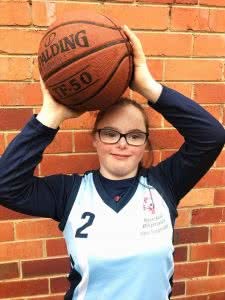 Work has no Gender

Australia has one of the highest rates of gender-based occupational segregation in the world. From early childhood children are taught that there are ‘girl jobs’ and ‘boy jobs’ and that it’s socially unacceptable to break from these strict ‘gender rules’. This continues into adulthood, with many jobs being seen as strictly for men or women.

Stereotypes limit who is ‘allowed’ to do particular jobs. This sexism means those choosing a job uncommon for their gender face discrimination in pay, promotions and exclusion from job opportunities. We need to break down gendered expectations around jobs, increasing the 1 per cent of women in plumbing: and 3 per cent of men in floristry. As young women we want to live in a world where everyone can do what they want to do, irrespective of their gender identity. If a woman wants to be a ‘tradie’ and do hands on work for a living, she should be able to without judgement. If a man wants to be a florist, he should also be able to in an inclusive and supportive society. People should be given jobs based on their skills, not their gender, because work has no gender. 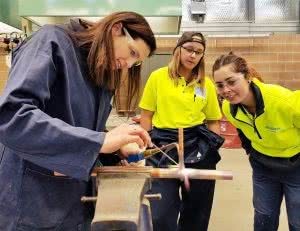 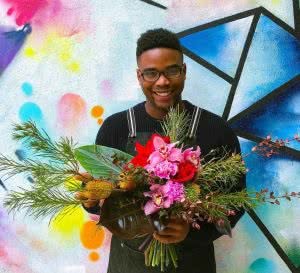 Everyone is Comfortable in Their Own Skin

Everyone should feel free to express themselves how they want to, anyone can wear make-up, however they identify, as a form of self-expression – without fear, shame or judgement. No-one should feel pressured to conform to ‘beauty’ standards. People should be judged on their abilities, talents and words, not their appearance and assumptions.

Our campaign launches on Thursday 11 October on International Day of the Girl Child 2018. Start, or continue those conversations around gender and gender stereotypes. Share your photos of how you challenge gender expectations and norms. Join us in showing that chores, hobbies, work and passions are #JustHumanThings.

Amy Blain and Hannah Gissane received a Great Ydeas grant in 2017 for Young Women Speak Out.