Leadership for a change with Dr Clara Soo and Isabel Mudford 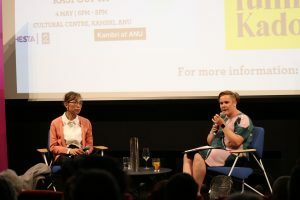 Dr Clara Tuck Meng Soo is a GP whose practice is grounded in her values. She has a 30+ year history of providing accessible healthcare to some of the most marginalised communities in Canberra, including those in the LGBTQIA* community, patients with drug dependencies, refugees, patients from culturally and linguistically diverse backgrounds, and patients living with HIV/AIDS.

In November 2017, she started the process of gender transitioning, where she eventually went on to transition socially and professionally in April 2018.

On Tuesday 16 March, Dr Clara Soo was joined in conversation with Isabel Mudford, Chair of the LGBTIQ+ Ministerial Advisory Council and Advisor of the ACT Greens, to discuss issues of gender, culture and what it is like to work with vulnerable and marginalised groups in the community.

To start the conversation, Isabel addressed the most recent news of Dr Clara Soo returning her OAM.  Dr Soo returned her OAM in protest of Margaret Court being made Companion to the Order of Australia early this year, despite making public homophobic and transphobic comments.

“I never expected them to rescind the award from Margaret Court”, said Dr Soo. “I had hoped that the strong community response would create a strong media reaction and that the Governor General’s office would perhaps get in touch to reconcile, but I got silence”. 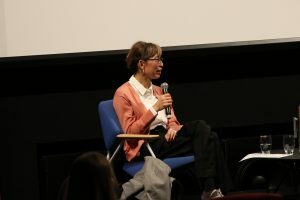 Coming off the back of the #March4Justice protests and the comments made by Prime Minister Scott Morrison, Dr Soo made it clear that she could not stand idle towards the injustices against women, calling out the government for their apparent politicisation of the abuse of women by saying, “To do what is considered politically necessary to silence an issue rather than respond to the issues at hand. The statistics on sexual assault speak for themselves. Our justice system is failing women who have been assaulted”.

Dr Soo discussed her medical career, revealing that she did not always want to be a doctor. She shared that her mother’s mounting expectations discouraged her from pursuing medicine, and it wasn’t until she spoke to her high school careers advisor, that she properly considered becoming a doctor.

When asked by Isabel, “What does it mean to work in the margins for you?”, Dr Clara referred to her time working with late GP Dr Peter Rowland and the profound impact he had on her career working with vulnerable communities.

While working with Dr Rowland at Interchange General Practice, Dr Soo began her work with sex workers, people in jails, and some of the most disadvantaged individuals in the community. “He changed how care was delivered to the margins. When he died, it came to me to step up,” she shared. During this time, Dr Soo revealed that she felt a stronger sense of fulfilment and that working within a strong non-judgemental philosophy, just felt right for her.

As many people in these communities express shame, Isabel asked the question, “How is it that you approach the issues of shame in your practice?”, to which Dr Soo responded, “It’s obviously about listening to people, and I can’t say I walk in everyone’s shoes, but we all share a common humanity. It’s about learning how to communicate”. Shame, for Dr Soo, is a topic that hit close to home, detailing

her own struggles with transitioning, alongside the patients she treated who were also transitioning, and her battle with internalised transphobia. “I felt like a woman, but I wouldn’t be camp, and some of that transphobia was reflected in the [LGBTQIA*] community,” Dr Soo shared.

This pressure was further compounded when Dr Soo returned to work as a woman attending to her conservative Chinese patients. The cultural pressures from her parents, in addition to the societal judgement she felt as a transwoman were overwhelming. Despite these concerns, Dr Soo reveals that even after transitioning, her Chinese patients continued to stick by her side. In fact, one patient who she saw as particularly conservative, finished up a session and handed her an envelope with a string of pearls in it to symbolise a sign of acceptance.

Dr Soo has continued to honourably serve the community, advocating for the rights of all people to live safe and quality life.

Thanks to our partners, Kambri at ANU and HESTA, without whom we wouldn’t have been able to hold such an inspiring and thought-provoking event.

Our next She Leads In-Conversation It’s not you. It’s the system: Toxic workplace cultures with Yumiko Kadota and Rasi Gupta is on 4 May! Tickets on sale now at http://bit.ly/3tx0QXl