The She Leads College Conference, taking place on Tuesday 21 March, is a one-day event for girls in years 11 and 12, equipping participants with the practical skills and knowledge they need to become confident leaders. This year, we have an amazing line-up of inspiring young women who will share their leadership journeys with participants. We’ll be featuring 5 quick questions with each speaker in the lead up to the Conference. Today, we chat to Codie Bell.
__ 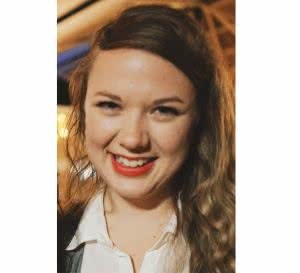 What’s one thing about your life that you never would have predicted when you were at school?

I never would have thought that I could become a professional feminist. I always strongly believed in women’s equality, but I expected my university study in Chinese, French and linguistics to take me to foreign embassies, the UN, or translating beautiful literature and important philosophical writing into English. I think I will still go back to studying language one day, but for now I’m happy with the path that I’m on.

Beyonce’s mind-blowing visual album Lemonade. I remember watching it just after it came out and walking wordlessly into my housemate’s bedroom, trying to comprehend what I had just seen. I had never seen such a work that was so personal – to Beyonce’s life, to her blackness, to her community – but at the same time so universal. I felt like my own – white, Australian, Codie-like – womanhood had been affirmed. The poetry of Warsan Shire that runs through the whole album made me feel like I could be a truth-teller too. And of course, Lemonade started me on a journey through the history of black feminism that came before it, where I found Audre Lorde, who taught me that the only thing scarier than speaking up about injustice is not speaking.

I began to ask each time: “What’s the worst that could happen to me if I tell this truth?” Unlike women in other countries, our breaking silence is unlikely to have us jailed, “disappeared” or run off the road at night. Our speaking out will irritate some people, get us called bitchy or hypersensitive and disrupt some dinner parties. And then our speaking out will permit other women to speak, until laws are changed and lives are saved and the world is altered forever.

Why are you excited to be a part of the She Leads College Conference?

When I was first approached to be a part of the Conference, I made a long list of advice that I wanted to give to my Year 12 self that I composed with as much urgency as if I was going back in time to save the world from apocalypse. It was as panicked as ‘quick – there’s no time, you need to learn how to invest, because you will retire with less superannuation than a man!’  ‘When a boy tells you he can’t be your boyfriend because ‘it’s complicated’ – run away as fast as you can – but also, you might not like boys, and that’s totally ok as well!’

Of course, my past self isn’t going to be at the conference, and I’m not sure how much help I would be to her anyway. What I do know, is that I will gain so much from hearing what young women are worried about, who they look to for guidance, the ideas that they have to make the world a better place, and what they need to know to make those plans happen. Things are so different for Year 11 and 12 girls than it was for me even a few years ago when I finished college. And I know from experience that when women get together, we make things happen.

When Year 12 ends, life opens up in so many different and beautiful ways. Sometimes I think of Sylvia Plath and her fig tree; “From the tip of every branch, like a fat purple fig, a wonderful future beckoned and winked. One fig was a husband and a happy home and children, and another fig was a famous poet, and another fig was a brilliant professor …and another fig was Europe and Africa and South America… I saw myself sitting in the crotch of this fig tree, starving to death just because I couldn’t make up my mind which of the figs I would choose.”

Well I think you can eat as many figs as you like. You should gorge yourself on choice and opportunity. Some might make you throw up – questionable relationships and nights out – and some are bland and nourishing and necessary – I paid for my world travel with a steady gig at Maccas. What I’m saying is, don’t trust figs. If you want something, don’t think about how it fits into a plan, ask yourself, ‘why NOT me? Why NOT now?’ There are parts of yourself you haven’t met yet – how amazing!

Find out more about our exciting program and register to attend the She Leads College Conference here.