National Reconciliation Week is an important time for commemoration and inclusion in the Australian calendar. Running from 27 May to 3 June each year, these dates encapsulate important events in our nation’s history. Here, YWCA Canberra Board Director and Reconciliation Action Plan (RAP) Committee member, Sarah Burr explains these dates in more detail. 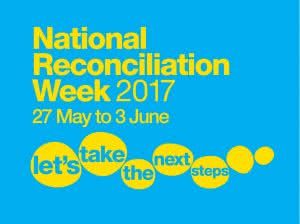 Even before Reconciliation Week commences, we commemorate a special day that recognises a dark time in our past. The day before Reconciliation Week is 26 May, Sorry Day. This is the day we remember and support members of the Stolen Generations; young Aboriginal and Torres Strait Islander people who were taken away from their families during the period of assimilation.

This shameful period reflected policies and beliefs of the time that the “Aboriginal race” was to die out, and that those who were fairer in skin tone could be assimilated into white society, leaving culture, kin and country behind.

As a result of these forced removals, many Aboriginal and Torres Strait Islander children suffered institutionalisation in homes, were forced into domestic servitude, and were traumatised by seeing their families torn apart. On 26 May 1997, the Bringing Them Home report was released, which publicly and nationally told the stories of the Stolen Generations for the first time. This year is the 20th anniversary of this occasion.

The questions put to voters asked whether Aboriginal and Torres Strait Islander people should be counted at census time (removal of s.127) and whether the Federal Government should have the power to make laws for Aboriginal and Torres Strait Islander people instead of the states and territories making such laws, which were often inconsistent and punitive (alteration of s.51 (xxvi)).

The ‘yes’ movement was led by Faith Bandler, the daughter of South Sea Islander slaves who had been kidnapped to harvest sugar cane in Australia. Faith was a champion of Aboriginal and Torres Strait Islander rights and an activist against injustice. 27 May 2017 is the 50th anniversary of the historic referendum.

The last day of Reconciliation Week is 3 June, the anniversary of the Mabo decision on Indigenous land rights. In 1992, the High Court made the decision to recognise the land rights of the Meriam people, the traditional owners of the Murray Islands in the Torres Strait in the case of Mabo and Others v Queensland (No 2). This was a significant decision as the High Court determined for the first time that Aboriginal and Torres Strait Islander peoples should be treated equally before the law with regards to their rights over land.

The decision rejected the historical myth of terra nullius – that the land belonged to no one – and reassessed the concept that no rights existed in land except those granted by the Crown or Government. Instead, the term native title was used to describe the interests and rights of Aboriginal and Torres Strait Islander inhabitants to their traditional land in law, possessed under recognised traditional laws and customs.

Sadly, Eddie Mabo, who led the fight for recognition of native title, passed away six months before the High Court made their decision, but his legacy as a land rights campaigner lives on. 3 June 2017 is the 25th anniversary of the historic Mabo decision.

Let’s Take the Next Steps

The theme of Reconciliation Week in 2017 is Let’s Take the Next Steps, and reflects the wish to see Indigenous and non-Indigenous Australians walking together to be a part of the next big steps in our nation’s reconciliation journey.

Happy National Reconciliation Week. I hope you are able to celebrate, commemorate, and promote the spirit of reconciliation with your families, friends, colleagues and networks.