With elections looming at both the territory and federal levels, we were interested to meet the women candidates standing for election for the ACT Legislative Assembly, to learn a bit more about them and their priorities for the community.

Tell us a bit about yourself. 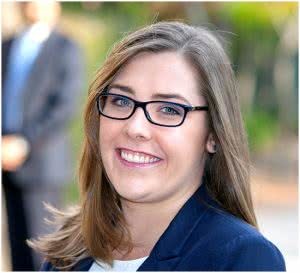 I moved to Canberra to study, and like so many quickly fell in love with our city and decided to stay. Born in South Africa, I emigrated to Australia with my family at a young age. I have a Bachelor of Economics/Bachelor of Arts from ANU, and am currently completing an MBA. I’ve worked in the APS for five years, currently at the Department of Finance.

Having lived, worked and studied in the Inner North and South for a decade, I very much understand the issues we’re facing. I decided to run for the Assembly because I’m passionate about returning the focus of government back to the things that really matter to Canberrans.

In recent years, we’ve seen huge increases in government rates, fees and charges. Yet, while rates and the cost of living are going up and up, services are getting worse and worse. As an economist, I’ve always been passionate about ensuring government decisions achieve value for money, are based on evidence, and are implemented properly. Unfortunately, in the ACT, more often than not this hasn’t been the case – this is not good government.

I want to fight to ensure that good government is returned to Canberra, and that government concentrates on delivering basic services for all Canberrans – because Canberra deserves better.

What is something that people may be surprised to know about Kurrajong, and what do you see as the key issues facing the electorate?

The new electorate of ‘Kurrajong’ covers the Inner North and Inner South – stretching north to Watson and Lyneham, and south to Yarralumla and Narrabundah. Canberra is the longest surviving planned city in the world that has kept to its original plan and character. Whilst our electorate contains Canberra’s oldest suburbs, it has also seen significant development over recent years – Kingston is now Canberra’s most populous suburb.

Key issues facing the electorate are cost of living pressures; huge increases in government fees and charges; unfair increases in household and apartment rates combined with declining local services; and the failure of local infrastructure to keep up with development across many areas.

Three key barriers to gender equality are workplace flexibility, access to affordable childcare, and violence against women. We need to provide women with better support when entering and returning to the workforce. We also need greater flexibility for both men and women in the workplace – not only to support women in juggling work and family life, but to ensure that men also have the flexibility to take on greater roles as carers.

Access to affordable childcare is key to ensuring that women are economically empowered. The reality is that many Canberra families struggle to find local, affordable and quality childcare for the hours they want. Rising cost of living pressures contribute to the added burden on families, and on women.

Violence against women significantly limits a woman’s ability to participate in society and in the economy. Improving funding and access to support services remain essential to addressing family violence, while education and changing societal attitudes is the key to long term prevention. The Turnbull Government’s most recent ad campaign is a good start, as is the Canberra Liberals commitment to establish a domestic violence court in the ACT. A dedicated magistrate would go a long way to ensure specialized expertise in often complex family violence matters.

As a Liberal, I have always been a big believer in equality of opportunity, and equality of opportunity largely begins with access to education. The Canberra Liberals are committed to investing in our children’s education, to ensure that children are not disadvantaged and that no child is left behind. We need to ensure that teachers receive better support, children with disabilities receive better assistance, and that we provide better access to prevention and early intervention strategies for children in crisis. As mentioned above, addressing family violence is also key to ensuring women can better participate in society and the economy.

I am committed to ensuring Canberrans receive value for money from government spending. Only the Canberra Liberals have a plan to address cost of living pressures and stop the rapid and unfair increases in ACT Government rates, fees and charges. We will fix our health system, build our city and grow our economy, to the benefit of all Canberrans. Of course, the Canberra Liberals can better invest in local services because we won’t waste millions on a light rail network which is beyond walking distance for the vast majority of people.

I am passionate about seeing good government returned to Canberra – government that is focused on the priorities that really matter to Canberrans, and that will govern for all Canberrans.