With the ACT election looming,  we are meeting the women candidates standing for election for the ACT Legislative Assembly, to learn a bit more about them and their priorities for the community. This week, meet Caroline Le Couteur, Greens Candidate for Murrumbidgee. 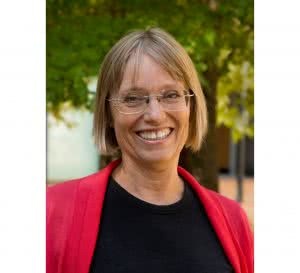 I came to Canberra as a four-year-old. My father was a professor at ANU and my mother was a dedicated volunteer for charities such as Banardos. I did an economics degree at ANU because I was convinced that a better economic system was the key to social justice. I spent three months in a village in Papua New Guinea, which gave me another view of how society can work. After that, I was one of the founders of a community in Nimbin where I lived for eleven years, had my daughter, started a school, and founded a solar energy business.

When I returned to Canberra, I worked first in the public service and then became one of the founding directors of the ASX listed funds management company, Australian Ethical Investment. I stood for the Assembly in 2008 because I was concerned about climate change, and I was elected along with three Greens colleagues. I was not re-elected in 2012, and since then, I’ve been the Executive Director of the Australasian Centre for Corporate Responsibility, an NGO that is working for more sustainable companies in Australia. I have also been enjoying being a grandmother.

All my life, I have been involved in community environment organisations such as the Solar Energy Society (now Council), the Australian Conservation Foundation and local groups such as SEE-Change.

Climate change. I see this as the major issue global and locally. I would also like to see a more compassionate world and reduce inequality.

What is something that people may be surprised to know about Murrumbidgee, and what do you see as the key issues facing the electorate?

Woden has the tallest building in Canberra, the Lovett Tower which was originally the MLC tower. It is 93-metres, or 305 feet tall.

The major issue facing Murrumbidgee is that employment is decreasing. Veterans’ Affairs has recently left the Lovett Tower, and there are many empty office buildings in Woden. Woden also has an aging population and limited community facilities. It feels like it is being left behind by the rapid development in northern Canberra.

I think that one of the most important things to do is ensure that education, particularly early education, is used to send a message to all children they are equal regardless of gender. We also need to continue support for the ACT Human Rights Commission and ensure adequate funding. Women tend to be less wealthy than men, so it is important that social services such as public housing are well funded and available to those who need them. I support the recent expansion of funding for domestic violence funding. Finally, adequate, affordable child care is also important to ensure women can continue to be part of the world of work, as this is a major determinant of a person’s position in our society.

A major focus for the Greens ahead of the ACT election will be on housing and homelessness. We will support new affordable housing models that allow people to be involved in the shaping of their community and their developments. We’ve already committed to bringing the Nightingale Housing Model to Canberra. The Nightingale model reduces the cost of development and ensures that people can afford to live near their jobs, transport connections and family.

As part of a focus on making things better for people who are renting, the Greens will also set minimum standards for all rental properties to ensure that lessors aren’t allowed to leave students, young families, vulnerable older people, or anyone in our community, shivering through winter and roasting in summer.

At the very least, houses will be mandated to have roof insulation and draught sealing to improve their comfort and their efficiency for renters. Ensuring people can afford heating and cooling bills is another important way to make housing more affordable.

I would like to see Canberra planned for the future, for what we think will work in fifty or 100 years. That is how Canberra was first built, and that will make it work better for the future.