With the ACT election looming,  we are meeting the women candidates standing for election for the ACT Legislative Assembly, to learn a bit more about them and their priorities for the community. This week meet Indra Esguerra, Greens Candidate for Ginninderra. 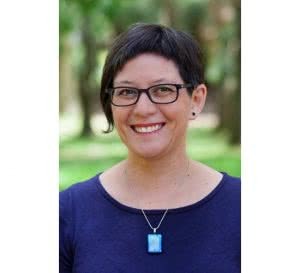 Tell us a bit about yourself.

I grew up in Canberra, and have watched as we have grown from a big country town to the city we are today, and I’ve experienced first-hand the cultural shifts that have come with that growth and change. I went to public schools and university here and I’m now raising my two children here in Canberra.

I have spent my life standing up for the environment and our community and working to help shape a more sustainable city.

I have spent the last 11 years working for ACT Greens MLAs in the ACT Legislative Assembly, including as Chief of Staff to Greens Minister Shane Rattenbury. I owned a small eco-fashion business for 9 years and spent 4 years as the Station Manager of 2XX radio.

I have been involved in our community through campaigning, community work, through business and in politics; and I know that as Canberra grows we will be faced with both challenges and opportunities. I am committed to making Canberra a better place for everyone, including seizing the opportunities we have to develop a 21st century public transport system across all of Canberra, supporting and growing innovative small businesses and supporting our arts and cultural sectors.

I have always been working towards a more sustainable and just world. As an activist and community worker here in Canberra, I was exposed to so many things that I want to see improved. The more I worked on single issue campaigns, the more I realized that the solutions would have to be holistic.

I joined the ACT Greens because their policies represented my own values of sustainability and justice. I have now worked in the Assembly for over 11 years, and I’m very proud of the achievements the Greens have made in this time – some large, some small, but all of them contributing to a better Canberra.

Canberra is a great place to live, but there are some very real problems that are hidden by our higher than average incomes and education. Despite many high incomes, there are people who are living well below the poverty line, and I know that Canberra can be an unaffordable place for these people.

Canberrans are forward-thinking, progressive people, so if we are going to improve things anywhere, we need to set those standards here in Canberra.

What is something that people may be surprised to know about Ginninderra, and what do you see as the key issues facing the electorate?

Ginninderra is a very diverse electorate made up of many different communities. I think we all instinctively know that, but until you spend time talking to a broad range of people, it’s hard to really get a feel for it.

One thing I think many people don’t realise is that the most scenic waterfall in the ACT is Ginninderra Falls – actually on private lands in NSW and inaccessible to the public.

Many people who live in the suburbs backing on to our wonderful nature reserves have raised the issue of biodiversity, and are concerned about the continuing impacts of weeds, pest animals and growing suburbs on our wildlife.

There are also water quality issues – in Lake Ginninderra and Giralang Ponds, and I’m looking forward to seeing the Murray Darling Basin Priority projects roll out so we can see tangible improvements in this area, but I think there is still plenty of work to be done on this.

Generally, the issues raised in Ginninderra are the same ones being raised across Canberra – such as the state of our old footpaths in our suburbs, and the difficulties of trying to use our footpath and cycle path network across Belconnen when they are in such poor state, and also randomly stop in strange places. (It is a local election after all.)

People also raise the issue of the unfair treatment of refugees in Australia, which is obviously a vey hard one to fix from an ACT position.

There are sadly still numerous barriers! Even though equality is officially in much of our legislation and policies, in practice it often doesn’t work that way.  Some of the problems are cultural, like John Howard telling us that women will never make up half of the Parliament, but issues such as childcare, parental leave, career progression, superannuation, and the types of jobs girls and women train for and get employed in are things that we can fix – and we can look to Scandinavia for many of these improvements.

The Greens are concerned about the many people in our community who are being left behind – through lack of affordable or accessible housing options, lack of early childhood support, and under-funding for the community sector that delivers the broad range of important services that our community needs.

The Greens have also announced a $5 million package to tackle violence against women. This includes reinstating funding to women’s support services and crisis accommodation that the federal government cut as well as annual funding for the Women’s Legal Service.

In short: a fairer and more sustainable Canberra. Having been up close to ACT politics for many years, I am more certain than ever that the most effective way to put the community’s voice first is to have more Greens in the parliament.