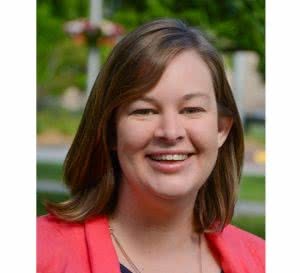 With the ACT election looming,  we are meeting the women candidates standing for election for the ACT Legislative Assembly, to learn a bit more about them and their priorities for the community. This week meet Suzanne Orr, Labor Candidate for Yerrabi.

I am an urban planner, and I’ve previously worked in hospitality and as a travel agent.  I recently bought my first home in Franklin. I grew up in Giralang playing cricket with my neighbours in our cul-de-sac and going to Brownies at the local school hall. One thing that was a little bit different for me was I grew up in a family that fostered over 200 children.  It taught me very early on that even though we can do our best to help each other, sometimes we need a bit more support.  Luckily, my family had access to services who could help us support the children living with us.  It also showed me what an important role governments have in helping out when we most need it.

I never planned on becoming a politician. When I joined the Labor party, all I wanted to do was get involved. For me that meant running a campaign in conjunction with 350.org to end government investment in fossil fuel companies.  I spoke to everyone I could, explaining our goal and the importance of divestment and how what we were asking for was achievable.  The ACT Government heard our call and has now divested from 60 gigatons of fossil fuel.  Shortly after this, people started asking me to run for the Legislative Assembly.  I was really encouraged by their support and I’ve come to see politics as a great way to work with people to make a difference.

What is something that people may be surprised to know about Yerrabi, and what do you see as the key issues facing the electorate?

Everyone always says Yerrabi is a really new area and for some parts of the electorate, like Crace and Franklin, that is very true. But other suburbs are older and much more established.  Places like Kaleen and Giralang were built in the 1970s, and Palmerston is over 20 years old.  One of the key issues for the area is keeping the balance between the needs of the communities in new areas that are growing rapidly, at the same time as providing for the more established areas where the needs of the community are changing as they age.

Even though we’ve made significant progress toward gender equality, I think it’s really difficult to overcome the gender stereotypes that we see around us all the time. One of the ways I’ve seen this play out is when women (and occasionally men) undervalue their capability because of the messages that they’ve had about what is and isn’t possible for them. I see it everywhere, for example women talking themselves out of applying for jobs or promotions because they don’t believe they have the necessary skills or saying “I’ve always wanted to do this but I don’t think the time is right” or “I am ready.”  It really works against us and we need to get better at jumping in and giving something a shot. I think it’s really important for us to encourage one another, to point to what is possible, and to have each other’s backs.

Building a more inclusive and equitable Canberra is something Labor has always worked towards achieving, and it’s one of the reasons why I’m running as a Labor candidate. The Labor Government has been progressing some really great initiatives for children in out of home care, family violence reform and a ministerial portfolio for social inclusion. As someone who grew up in a family that fostered many children, I think the A Step Up for Our Kids strategy shows how committed Labor is to supporting children and young people who are doing it tough.  But there are always new challenges that emerge or issues that we get better at understanding and responding to.  In my mind, the key is to make sure we continue to learn and listen to the community.