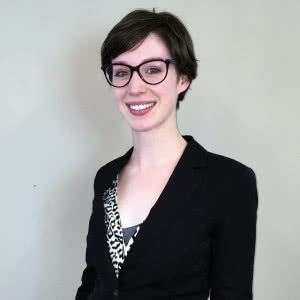 This article is part of our member profile series. Our members tell us that one of the things they really love about being part of our community is getting to know like-minded women. So, each month, we’ll feature an interview with a member, so you can get to know each other a little better. Today, meet Lisa Buffinton.

The one that comes to mind first is my autumn holiday on the island of Waiheke, New Zealand. That was a beautiful getaway packed with great surf, delicious food and excellent company.

I’m proud of my confidence in my self-expression being rewarded with opportunities to learn, share my ideas and hopefully add to others’ points of view. By way of example: a university essay on Afghanistan’s turmoil was published in a journal for high school teachers of human geography/Asian studies; another university essay on community engagement in liquor licensing was published and developed into a policy discussion paper that led to a pilot project supporting concerned citizens; and some of the art I did in high school was pretty crazy and ambitious (origami and house paint wedding dresses, giant corrugated fiberglass pop art) but my teachers appreciated the concepts I was trying to materialise.

A bunch of Boiler Room sets (David August, Solomun and Nightmares on Wax are on regular rotation) and the gift that keeps on giving which is Kendrick Lamar’s recent album, To Pimp a Butterfly. I’ll be going to Beyond the Valley in December so I’m building up a playlist based on that festival line up.

A whole range of reasons, actually. For a long time I have been interested in being independently involved with YWCA Canberra, but until recently had not acted on it. I previously worked as a management consultant at Ernst & Young (EY), and was involved in EY’s corporate relations with YWCA Canberra as secretary of the EY Foundation committee in Canberra. Before that, I worked with Jo Le (now a director at The Y) at the Foundation for Alcohol Research and Education (FARE); ever since, I have been inspired to be more involved in initiatives and organisations that work to improve gender equality and service delivery to vulnerable people at a local level. My recent return to work at FARE touches on a range of policy areas where women’s interests and safety are adversely affected by alcohol, including family violence and the sexism and objectification of women in alcohol advertising. I look forward to contributing to YWCA Canberra over the next year!

Many people. I’m an inspiration sponge! The trail-blazers: the resilient women in my extended family, and the men in my family who have always backed us up. Me: I find creative inspiration in myself; particularly recollections of my uninhibited childhood self. The risk-takers: the brilliant people I have worked with who have given me meaty tasks and trusted me to rise to the challenge.

I have a laundry list of changes that are desirable. If I had to pick one, it would be equal participation in education at all levels for both genders across the globe. A close second would a revolution in universally accessible renewable energy technologies that substitute current fossil fuel energy sources; though I think education would help facilitate that revolution.