This article is part of our member profile series. Our members tell us that one of the things they love about being part of our community is getting to know like-minded women. So, each month, we’ll feature an interview with a member, so you can get to know each other a little better. Today, meet Liz Huang Hughes-Brown. 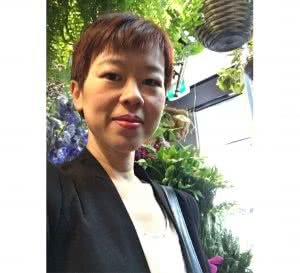 That I’m not actually very good at maths, even though I have an Asian background.  My best subjects at school were English and French.  I topped my high school in a UNSW English test, causing some chins to drop to the floor. I can’t use chopsticks very well either and get a cramp on the rare occasions that I do – from lack of practice.

I just finished reading She Means Business by Carrie Green, founder of the Female Entrepreneur Association which inspires women to build successful businesses.  I’m a big fan of the Facebook page and the book reads like an honest account of her journey.  It contains some great practical tips, starting with adopting the right mindset.  Perhaps my favourite book of recent times though is Quiet: The Power of Introverts in World That Can’t Stop Talking by Susan Cain. It powerfully conveys the message that introverts are not inferior to extroverts, they are just wired differently and have their positive attributes. I like the examples she gives of people who have displayed quiet strength, like Eleanor Roosevelt for all that she achieved despite her shyness, including helping to secure passage of the Universal Declaration of Human Rights at the UN in 1948; and Rosa Parks in refusing to give up her seat to a white passenger on a bus in Alabama in 1955.

Watching my law practice (which specialises in immigration law) go from strength to strength. It has been rewarding to receive positive feedback from clients that the advice and assistance I have provided has made a difference to their lives. I have also been able to provide several interns with practical training in immigration law, allowing them to pursue their interest in working in this area.

I am in absolute awe of Sister Angelique Namaika, who I was fortunate enough to meet while doing an internship with UNHCR. Sister Angelique has helped about 2,000 women who are survivors of abduction and sexual slavery in the Democratic Republic of the Congo overcome their trauma, counter the stigma attached to rape and rebuild their lives with newly learned trades. I will never forget the warmth and humility she radiated when I met her.  She said that it was the resilience of the women who she worked with that actually gave her the strength to do what she does.

In October 2015, I left a comfortable role in the public service to start up my own law firm specialising in immigration law. I could no longer ignore the terrible things I heard about refugees and asylum seekers: ‘Let them drown.’ ‘They deserve what they get for getting on to an overcrowded boat.’ My family was forced to flee on a boat from Vietnam in 1979 while my mum was pregnant with me. I was born in a refugee camp in Malaysia. I wanted to provide a voice for people seeking safety in Australia.

I was honoured to receive the award of ACT Woman Lawyer of the Year in 2016 in the Culturally and Linguistically Diverse (CALD) category, awarded by the Women Lawyers Association ACT, for helping to meet the needs of migrants and refugees for legal representation.

On a personal level, over the past year or so, I feel that I have been taking the label of ‘CALD female’ from something that other people have put on me to owning it, feeling proud of it and celebrating it. I want to help other CALD women do the same.

I want to join with women to empower other women to follow their dreams and take up leadership positions.

I find the achievements of other Australians from a refugee background hugely inspiring.  I particularly admire Andrew and Renata Kaldor, who were European refugees in the 1950s.  They are successful business people and also philanthropists, donating to numerous causes including medical research, education and the arts. In 2013, the couple helped establish the Andrew & Renata Kaldor Centre for Refugee Law at UNSW. The Centre disseminates facts and research on refugees and asylum seekers which it feeds into public policy debate and legislative reform. Renata Kaldor has explained that the couple were motivated to improve the way refugees and asylum seekers are represented in the media, policy and academia by the experience of their own families, that if good people stay silent then bad things are allowed to happen (SBS online, 18/5/16).

I have had the privilege of bringing two children into the world, of seeing a baby gaze at the world around it in wonder and smile for the first time.  I want my children and all children to grow up in a world which is free from violence, which is compassionate, which respects human rights and where there is equality of opportunity for men and women.

One response to “Meet a Member – Liz Huang Hughes-Brown”