Acknowledging that we work, live and play on the lands of the Ngunnawal and Ngambri people, which was never ceded, is an important daily occurrence at YWCA Canberra. 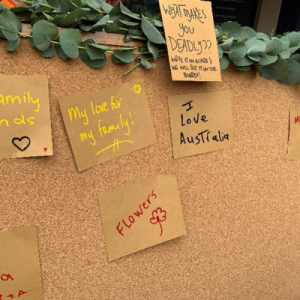 Through our Stretch Reconciliation Action Plan, we are embedding our commitment to reconciliation, which is about strengthening relationships between Aboriginal and Torres Strait Islander peoples and the wider community, for the benefit of all Australians. Our vision for reconciliation remains one where the ACT and surrounding region truly acknowledges, pays respect to, and celebrates Aboriginal and Torres Strait Islander cultures, contributions, knowledge and histories.

As part of this commitment, we celebrate occasions like NAIDOC Week across our services. This year’s NAIDOC Week theme was Heal Country. This healing is important not just during NAIDOC Week but throughout the entire year. Country is integral to First Nations identity, culture and community.

YWCA Canberra acknowledges the unique knowledge and connection to country of Aboriginal and Torres Strait Islander peoples, and their enormous contribution to protecting natural heritage for all.

We were proud to once again support the Canberra Community NAIDOC Week event at Woden Town Square on 6 July. This was the seventh annual NAIDOC Week event put on by the Canberra community sector, and we celebrated the history, culture and continued custodianship of Aboriginal and Torres Strait Islander peoples.

We were so pleased to see many families braving the chilly winder conditions to come together as a community.

Thanks to everyone involved in making this event meaningful and successful:

And of course a big shout out to PCYC’S Cruisin Cafe who kept us fed and warm with wonderful food and coffee. 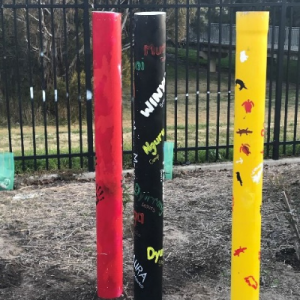 Our Mura Lanyon Youth and Community Centre celebrated NAIDOC Week by erecting three totem poles in our reconciliation garden. The three poles were created during Reconciliation Week by young people. They include Ngunnawal language and handprints that represent healing country.

In our children’s services

Reconciliation is an integral part of our children’s services, with all having age-appropriate acknowledgements of country and regular programming to help the children understand and connect to Aboriginal and Torres Strait Islander cultures and histories.

For NAIDOC Week, the team at our Campbell Early Childhood Service celebrated by teaching the children about the meaning of the Rainbow Serpent in Aboriginal cultures, then let their imagination run wild using paint to express their own version of the rainbow serpent!

This was done using watered-down paints so gravity made the serpent’s tail, finished off with some googly eyes!

The children in the sand room had fun with sand drawing, which combined sensory play with learning as they drew Aboriginal and Torres Strait Islander symbols in the sand.

In our Currawong Early Childhood Service in Barton, the children also particularly enjoyed painting and learning about the Rainbow Serpent. They also listened to Aboriginal music and the educators introduced the children to some Aboriginal musical instruments such as didgeridoo and clapping sticks. 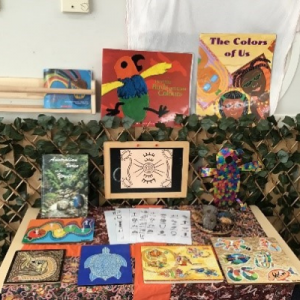 As an extension of Currawong’s children’s literacy development and symbol recognition, educators taught the children about Aboriginal symbols, including how and when Aboriginal peoples would use them.

Down in our Conder Early Childhood service, the children took part in a yarning circle and the educators told them a range of Dreamtime stories.

They set up a corner dedicated to Aboriginal and Torres Strait Islander art, culture and histories, complete with books, rocks and pictures.

Of particular interest to the children was a chance to dance along as kangaroos in the “We are Koori” kid dance.

And a shout out!

Something we were not involved in at all but are incredibly proud of is the Wimbledon success of Ngaragu woman Ash Barty during NAIDOC Week! It was so fitting that Ash won the championship during such an important week, and it was made particularly poignant by being 50 years since her mentor, Wiradjuri woman Evonne Goolagong-Cawley, won Wimbledon.