Negotiating, communicating, and gaining back your power with Vanessa Vanderhoek

On Tuesday 31 October, we hosted 16 Canberra women for a She Leads Workshop on Negotiation Skills, facilitated by professional mentor and coach, Vanessa Vanderhoek.

The workshop helped attendees to identify some of the common mistakes that are made during a negotiation, and taught a number of specialist skills to complement their existing personalities and negotiation styles, ultimately increasing their chances at achieving a raise, promotion, or flexible working arrangement 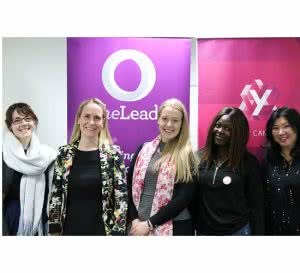 Vanessa begun the evening by sharing a personal story from early in her career, where she discovered that a male colleague earnt significantly more than her, despite the fact that they held the same position.

In learning of this pay gap, Vanessa confronted her employer, and subsequently left her position after five years, without achieving pay parity, or even a pay rise. Vanessa pointed to the events that followed this discussion with her employer as a turning point. It was at this point she realised that negotiation could and should be handled in a direct, yet respectful way.

In discussing what a good and bad negotiation can look like, Vanessa asked us to share our thoughts and experiences. It was agreed that for women, negotiations were hard and daunting. This is because women who enter negotiations are often perceived as “difficult”, “annoying”,” loud”, “persistent”, or “greedy”.

We also found that negotiations can be difficult due to a fear of failure and rejection. In discussing these fears, we learnt that only two of 16 of us, had ever attempted a negotiation with an employer before.

After discussing our concerns, Vanessa had each of us complete a self-assessment of our negotiation behaviours. We discovered that when we follow our current behaviours, we were more likely to compromise our own needs for those of others, and would prefer to acquiesce than negotiate.

Further, we discovered that many of us lacked the direct behavioural skills to gain a win-win outcome during a negotiation. Instead, while we could be successful in finding a way to work collaboratively, this would likely come at the cost of various compromises by both parties.

Once the results of the behavioural assessment were revealed, Vanessa began to coach us through some techniques that can be used to better guarantee a win-win outcome. Vanessa used lawyers as an example, and urged us to think about the language that lawyers employ and to adopt this frank and open use of language during their own negotiations.

Vanessa suggested that with specific and direct language, both parties can be clear of what the other hopes to achieve, and are more likely to gain a win-win outcome. 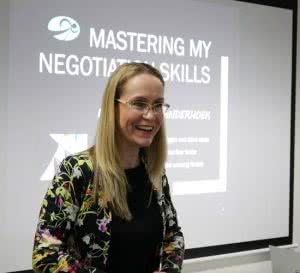 One participant stated that this advice was counter to what she had previously been taught; she had been told to remain vague and not give too much away, in case this caused her to lose her negotiation power.

Vanessa agreed that power can be conceded if you show your hand too soon, but that here is also an accurate method behind power relations in negotiations. Attendees were shown the Leverage Curve, which outlines the five stages of power when applying for a new role:

Through this curve, Vanessa demonstrated that the timeliest point to begin negotiation was after the initial offer had been made. She explained that once an offer is made and you have requested to review your contract of employment, you hold the power to begin questioning the elements within your contract that you find unsatisfactory, including the salary.

With this in mind, Vanessa warned us that we should not request contract changes out of the blue, and should work to set the scene for negotiation throughout the entire application and interview process. This process can easily be started during the interview stage, when the interviewer asks you what you are looking for within your potential new role.

To better understand the difference, consider a teacher. A teacher’s market value is approximately $60-80,000 per annum, and their performance value may include additional training, education, or time spent in speciality classrooms. This performance value can then be used as leverage to increase their market value, if they perfect their pitch. 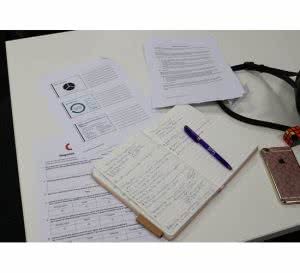 Vanessa taught attendees that delivery of pitches is everything, and explored the art of practice as a part of her 5 Ps. Vanessa recommends planning and practicing your pitch as key to gaining power and creating a negotiation environment that will create a win-win outcome.

Everyone left the evening feeling reading to negotiate for a new position, or with their current employers. There was hesitation mixed with excitement, as we realised how simple and practical negotiation can be.

To learn more about negotiation, read our interview with Vanessa Vanderhoek and visit her website. You can also view the photos from the evening in our Flickr album.

Find out about future She Leads Workshops, and ignite your leadership journey. Also be sure follow She Leads on Facebook and Twitter for more on women’s leadership, and subscribe to our monthly She Leads Newsletter.

Want more information on upcoming events? Make sure you subscribe to our Enews, and don’t forget to join as a member to receive discounts on future events and other opportunities.