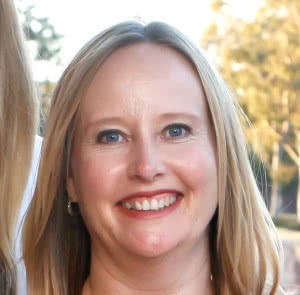 Frances has a passion to see women achieve their potential and shape their communities.

Moving from hospitality into a human resources role in the health sector, Frances’ natural drive and pursuit of excellence saw her establish her former employer as an Employer of Choice for Women, and ACT Employer of the Year for Apprenticeships & Traineeships.

Frances volunteers on a variety of boards and committees. These include: WESNET, former Co-Chair of Anti-Poverty Week in the ACT, ACT Women’s Services Network, and the Canberra Business Chamber Social Enterprise Taskforce.

Frances is the former Chair of the ACT Ministerial Advisory Committee for Women, and former Board Director of No Sweat Fashion.

In 2015, Frances received an Edna Ryan Award for advancing the status of women in the ACT. In 2016, Frances was named ACT Leader of the Year at the Australian Leadership Excellence awards run by the Australian Institute of Leadership and Management. She also attended Commission for the Status of Women in New York in 2017 and 2018.

Frances loves living in Canberra with her husband and children, and is committed to YWCA Canberra making a real and lasting difference to this community. She is conscious that the organisation stands on the shoulders of the women who have gone before, and is keen to take it strongly into the future.