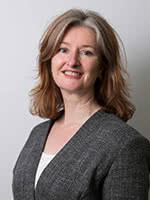 Jude first became involved with YWCA Canberra through the Board trainee program in 2004, and over the following ten years served two years as Treasurer, four years as Vice President, and also Chair of the Nominations Committee for three years. As President from 2016 to 2019, Jude worked closely with the CEO and the Board to strengthen the YWCA’s ability to help girls and women thrive.

Jude is proud of the example the YWCA Canberra Board has set, being a well functioning and strong board currently composed of 50 per cent young women, and she is a firm believer in quotas – because they work.

In addition to her volunteer commitments for the Y, Jude was recently the Founding President of the Tesla Owner’s Club of Australia and volunteers for the Food Intolerance Network.