Natalie Klak is the NSW and ACT Field Leader for RECOGNISE and is leading the volunteer engagement in the lead-up to the anticipated Referendum to alter the nation’s constitution next year. She is a Yindjibarndi woman who has lived in WA, QLD and now NSW, and has more than 25 years career experience as a journalist, military policeman with the Australian Army, business owner and telecommunications team leader.  Natalie co-convenes the National Indigenous Corporate Network, and has been a long-time supporter of RECOGNISE, also volunteering with the organisation in the past. We caught up with her to find out more about RECOGNISE, and how we can get involved.

What is the Recognise campaign all about? 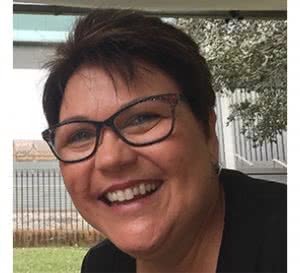 RECOGNISE is a grass-roots movement raising awareness and gaining support for proposed changes to the nation’s constitution which are expected to be put the voting public in the first half of 2018.  The key change likely to be proposed is to formally recognise our Aboriginal and Torres Strait Islanders as the First People of this nation, and to acknowledge our 40,000+ years of history, culture and languages.  The proposed changes are the culmination of work over many decades and there has been strong bipartisan support from our government, as well as everyday Australians, to adopt the changes.   Another significant change is to address two of the clauses, still in effect in our constitution, which gives the parliament legal powers to discriminate based on race.

Why did you get involved?

Like most people, I was really shocked to learn Aboriginal and Torres Strait Islanders were not even mentioned in our nation’s founding document, let alone formally acknowledged!  Australia is the only democratic nation in the world that hasn’t formally acknowledged its indigenous people, and I very much wanted to play a significant role in getting this done, not just for my ancestors before me, but for my grandchildren as well.  I see this as a once-in-a-lifetime opportunity for me to do something truly remarkable, truly meaningful and I’ve grabbed it with both hands!  There’s also the racial discrimination clauses which don’t really sit well with me either, and again, I can do something to change that by being part of the campaign.  I understand that these clauses are very old relics from the original constitution, but they certainly don’t represent Australian society’s values as its is today with its richness of many different cultures and backgrounds, and our acceptance of all people as people.

Describe what a typical day in the life of Recognise’s NSW ACT Field Leader looks like?

Organised chaos LOL!  But seriously, a typical day is spent speaking with our existing volunteers, recruiting new volunteers, arranging information sessions, organising events where our volunteers can help RECOGNISE to achieve its goal of 1,000,000 conversations before referendum day and a LOT of planning.

What do you love most about working at Recognise?

What can YWCA Canberra’s members, partners and supporters do to help?

Awareness is key.  Whilst we don’t yet have the actual wording of the questions for the referendum (this is the role of the Referendum Council which is due to present its report to the Prime Minister on June 30) we need Australians to be able to make an informed decision on referendum day and so knowledge and awareness is crucial.  There are many ways you can become involved.  You can volunteer with us to help us reach our goal of 1,000,000 conversations. A typical volunteer shift runs for 3 hours. If you can’t physically get to an event, you can help spread the word by following us and sharing our social media posts, or you might like to read our FAQs so that you can have enlightened conversations with your friends, family, colleagues and personal networks.  Every conversation matters!

Where can we go for more information about Recognise, or to sign up as a volunteer?

Our website www.recognise.org.au is a wealth of information.  Our FAQs is a great place to learn a lot more about the campaign. Anyone interested in volunteering can learn more about what to expect at http://www.recognise.org.au/get-involved/volunteer/. We have state leaders in most states and territories so we should be able to put you in touch with someone from your state.