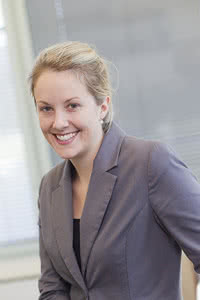 As part of YWCA Canberra’s Respect NOW campaign, over the coming weeks we’ll unveil our passionate Respect Champions. These wonderful women are helping us further our advocacy efforts, calling on the ACT Government to prioritise funding for primary prevention and early intervention programs, to end violence against women. To support the Respect NOW campaign, please sign our online petition and share it with your family and friends.

Meet one of our Respect Champions Julie McKay.

Energised by people’s courage and kindness, I am a passionate gender equality advocate, who believes that achieving equality is possible, with focus and commitment from government, business and civil society.

Tell us why you signed up to become a Respect Champion?

Violence against women is not inevitable. It is entirely preventable, but to eliminate this massive human rights abuse, we need dedicated resources and educational programs to challenge male attitudes towards women and power.

I was honoured to be asked to be a Respect Champion. Like many other women before me, I want to see an end to violence against women in my life time, and that will require each of us standing up and making clear statements about respectful relationships and challenging gender norms.

I have been a member of the YWCA movement for nearly a decade and I am very aware of the impact of its work on the Canberra community. The Y has a demonstrated history of delivering educational and attitudinal change programs in the local community, empowering girls and young women. I cannot think of a better organisation to design and delivery programs which seek to end violence against women, in this decade.

Why do you think we need more action from governments to prevent violence against women?

What action would you like our readers to take right now to help end violence against women?

First – Be informed. Understand the scope of this problem in our society – 1 in 3 women. What if that were your mother, sister or daughter?

Second – lend your voice to one of the campaigns which is seeking to raise awareness of the issue of violence against women and call for prevention and protection. Join YWCA Canberra today!

Thirdly – Invest. If governments are going to recognise that they must invest additional resources in ending violence against women, they need to see their electorate investing in the issues. Donate to a women’s service or a campaign which is challenging attitudes.