Australia has one of the highest levels of reported sexual assault in the world, with young women aged between 10 and 24 the most likely victims. In this year alone, 42 women have been killed due to gendered violence. Further, in 2016 half of all university students were sexually harassed, as discovered through the release of the recent Human Rights Commission survey.

In our current post-Weinstein and #MeToo world, more women than ever are now speaking out against their perpetrators. As larger numbers of women speak out, Gloria Steinem says women are finally being believed by media and society, and perpetrators are being held to account. However, the pervasive and toxic culture that allows misogyny and this mistreatment of women to occur, continues.

In Canberra for example, there has been a 33 per cent increase in recorded rates for family and domestic violence, with women three times more likely to suffer violence. Canberra Rape Crisis Centre Chief Executive, Chrystina Stanford, has also noted a dramatic rise in sexual harassment and assault of young women in the past few years.

In Canberra high schools and colleges, a deep current of disrespecting and abusing women also exists, most notably highlighted by the 2016 pornography ring, where young men secretly exchanged graphic images of female students without their knowledge or consent.

Unfortunately, not only is the provision of sexuality education poorly executed and ad hoc within the Australian education curriculum, but teaching respectful relationships within Canberra schools has been completely scrapped. Such a move is alarming, particularly when other states are currently scaling up their curriculum investments, which indicates a recognition of the importance of respectful relationships in reducing gendered violence.

To address the need for cultural change within society, a group of friends devised Sex Ed @ the Polo. It is an initiative that embraces the powerful role that parents and carers can play in educating their children on key sexuality topics, and it creates a platform for guardians to overcome serious parenting challenges together. 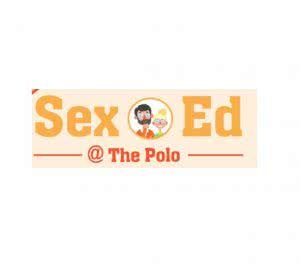 Created by Deb Cleland, Claire Barbato, Jeff Thompson, and Libby Gordon, Sex Ed @ the Polo discusses ways to broach these topics with their children, including respectful relationships, sexuality and gender, consent, and how to be an ethical bystander.

In this interview, we talk to Libby Gordon, who provides us with an in-depth understanding of Sex Ed @ the Polo, and describes why the Canberra community needs this program now more than ever.

Sex Ed @ the Polo was a parent initiated event on 26 October this year for parents and carers of teenagers. It was a night of conversation starters on:

The event was run at the Polish Club in Turner as a ‘global cafe’ style night with seven tables for people to join – each table with a different conversation topic. There were expert facilitators at each table, who all volunteered their time to lead the discussion with parents and carers.  There was also slam poetry, live music and stand-up comedians to keep the evening upbeat and friendly!

What was the motivation behind creating this program?

We started asking some questions about our culture and what messages teenagers get about sex and where? We wondered how as a community we could help. Talking with each other seemed the best place to start as it was working for us.

Our standpoint was that the conversations we have as parents and carers with our teens can be a catalyst for culture change in schools and the community.

How did parents respond to your first session?

We’ve only held one event so far and we had approximately 70 people come along which was amazing! From the feedback we have had, the event provided a safe and supportive forum to discuss topics that are sometimes hard to talk about with each other and with our teenagers. Having a conversation with other adults helped people feel less alone in this. Several people have said that they have since had some really positive and open conversations with their teenagers about these important issues.

Why do you believe there is a need for Sex Ed @ the Polo within the Canberra community?

The idea for this event grew out of a conversation between friends with teenagers. We found ourselves talking about the casual sexual harassment, the ongoing risks of sexual assault (especially at parties) and why universities are still grappling with these problems as they were 30 years ago when we were on campus.

Sex Ed @ the Polo has a large focus on sexuality and consent. Why is this important?

Understanding sexuality and consent is important to foster a culture of respectful relationships in our schools and community. Understanding how our behaviour impacts others is our best chance to reduce hurtful interactions around sex and sexuality. We were really keen to give parents some ways of starting these conversations with the teens in their lives.

For example, one important aspect of the discussion for us was how to help teens think about being ethical bystanders in situations where there is casual sexism or things are getting out of hand at a party. It was really helpful to talk about giving teens a script they can use in these situations, a bit like teaching them when and why to ring 000 when they are younger. There were also some great discussions about the different ways of intervening or taking action. One of the catalysts for this event was a teen telling her mum about the sexual harassment she had seen at school.

What is the role of schools in providing sexuality education?

Our experience with our teenagers has been that schools do an excellent job educating them about the mechanics of sex including how to prevent disease and unwanted pregnancy. The more nuanced conversations about sex, gender, consent, relationships and respect seemed to be inconsistent in delivery and quality.  For some adolescent boys, the last two years at school or college in Canberra may be the last time they come into contact with an institution that can provide this information and guidance. That seems to us a great opportunity that is not being fully realised.

We also think there is a lot of pressure on educators to be everything to students and that there is a very important role for parents and carers to play around these topics.  The home can be the most safe and supportive place to have these intimate conversations.

In the short and long term, what do you hope Sex Ed @ the Polo will achieve?

The objectives of Sex Ed @ The Polo were to get parents and carers active in culture change by:

In the short term, the event provided time to talk about these issues and support to parents and carers to talk to teens.  In the longer term, we plan to continue community activism with parents, the community and schools.

The event coordinators are planning how to continue with similar events and with other forms of community activism related to this issue. Watch this space and stay in touch via the Facebook page, Sex Ed for Parents and Carers CBR.

This article was first published in the second edition of YAction. YAction shines a light on advocacy of YWCA Canberra, like minded organisations and the issues that are important to our community.Advocacy is core to what YWCA Canberra does – women  must be the crucial actors in any attempt to achieve gender equality.
This publication is about bringing the voices, initiatives and efforts of activists and organisations to the fore – we hope that by doing this we will increase awareness of critical issues and present opportunities for collaboration that our members, friends and supporters can get involved in. Ultimately, we hope to strengthen a movement that works together to achieve gender equality in the ACT, as we believe that this will take a society wide effort. YAction is about bringing current issues to the fore that are being debated in our Parliament and in the news, and that all too often happen in the absence of those voices that are most affected. Want more information: subscribe to our publication here.