Survival, humour, and leadership with Nayuka Gorrie at the She Leads In-Conversation 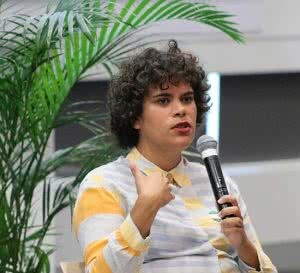 On Tuesday 13 February, we welcomed Nayuka Gorrie and Laura Burr to discuss current issues as they relate to Aboriginal and Torres Strait Islander people, and young women in particular.

Laura opened the event by declaring herself a proud Wiradjuri woman meeting on Ngunnawal and Ngambri Country. YWCA Canberra Executive Director Frances Crimmins, then gave her welcome, acknowledging that Aboriginal and Torres Strait Islander women have been custodians of culture for generations, and continue to contribute to our culture today, and noted that this day marked the 10-year anniversary of the National Apology to Stolen Generations.

Frances discussed the ongoing hurt felt by Aboriginal and Torres Strait Islander people, and said the National Apology and its anniversary mark the beginning of a healing process. She also acknowledged “the pain that the structures of colonialism and racism have caused Australia’s First Nations people”, and that the Apology is not enough. 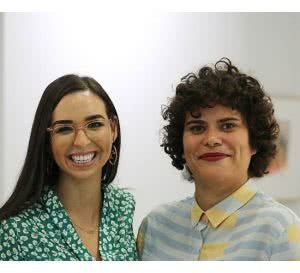 Next, Laura returned to the stage to officially commence the conversation. “Tonight’s conversation focusses on intersectional and First Nation feminism. An intersectional approach is crucial to represent all those who we aim to serve. Trickle-down economics does not work, just as trickle-down feminism does not. So, thank you YWCA Canberra for facilitating such a safe and supportive space to discuss these important issues. I would now like to invite our speaker for tonight, Nayuka Gorrie, to the stage”, she said.

Nayuka also discussed the concept of age, as it related to Aboriginal and Torres Strait Islander leadership. She prefaced this discussion by explaining that her views came from within the context of her own family, as many of her lines were matrilineal, which likely affected her experience as an Aboriginal woman, compared to others.

Nayuka went on to say that being a young person could sometimes mean having lots of responsibility within the community, but little or no opportunity to participate in decision making processes, which are often held by the Elders. In her context however, Nayuka said her experience had been very positive, and strong support had been shown to her and women generally, as well as queer black people.

The conversation then shifted towards media and fake news, where themes of white supremacy, the white gaze, and comedy were discussed. Laura asked Nayuka whether she thought there was an onus on minority groups to publicly identify themselves as part of a minority group, noting that the same standard does not exist for those a part of the majority.

Nayuka agreed, and said that beyond being forced to self-identify, once a minority person’s identity is known, they are no longer seen as objective or as experts, but only as subjective. “Aboriginal people are subjective – we are the subjects. Even if you’re an expert in your field, as a colonised person, you are only allowed to be an expert on your lived experience”. 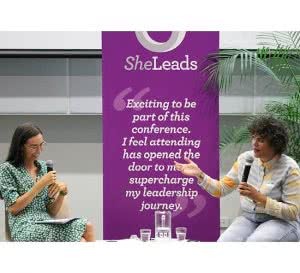 This subjectivity, Nayuka said, extends to ideas of neutrality and white supremacy, whereby a white person or a male is considered by society as neutral, but anything which delineates from this norm, such as being a woman, being black, or being queer, increases their probability of being subjected. This increased subjectivity then plays into white supremacy, particularly within the media.

In terms of writing for the media, Nayuka brought up the interesting relationship between her and her editor, saying she is regularly asked to tone down her writing and social commentary, because it often highlights and calls out white supremacy. “They [editors] often ask me to be less negative, and I guess I can be pessimistic, but my writing calls out the dominant colonialist structures that white people find uncomfortable”.

Nayuka said these dominant colonialist structures also affect the way she writes, and she pondered how different her writing would be if she spoke her own languages instead. “I write for black people, but I’m aware white people read it, so there’s a meta thing going on. So, it’s like writing for and by black people with a white gaze. I wish I could just write”.

This idea of just being able to write and of not being viewed as a subjective person also played into themes of comedy. Nayuka said “humour helps in situations where your choices are either to laugh or cry. Some things are so serious that you have to make a joke about it”. She also noted that “humour is a shield and a sword”, because some of the funniest people she knows have developed their humour to deflect pain, but humour can also be used in a satirical way to highlight confronting and uncomfortable truths.

These uncomfortable truths extend to the continued colonisation of Aboriginal and Torres Strait Islander people. In discussing the National Apology to Stolen Generations, Nayuka said apologies and awareness are not enough, as they do not end the dominant structure that continues to colonise. 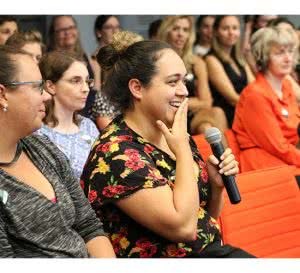 “There has been no decolonising moment. At no time have black people actually stopped being colonised in this country”, she said, comparing this inconvenient truth of ongoing colonisation to ‘an elephant in the room’. She argued that black people continue to be colonised subjects, generation after generation, and due to white supremacy, this truth is too uncomfortable to discuss or meaningfully address.

In concluding the conversation, an audience member asked Nayuka about the realm in which black women exist and operate in, which she argued was one of survival. Nayuka agreed, replying “black people are currently in survival mode”, and explaining that regardless of how privileged a black person becomes, they remain a black person and society will continue to remind them of this fact.

Even in survival mode, Nayuka highlighted the incredible works black people create, using examples of music, art, and film. “This is what we create when we’re in survival mode, imagine what we would create if we were just existing”, she said.

Nayuka went on to draw comparisons between the creativity and leadership potential of black women and white men, saying that maybe power ultimately does corrupt, but even with the ongoing dominance and unlimited resources that white men have, they have failed to create anything meaningful or useful, and have ruined our planet.

Nayuka said she likes to believe that black women would lead differently, with purpose and creativity, but first, colonisation and white supremacy need to be addressed. “Maybe one day, we’ll stop surviving and start being”, she said. 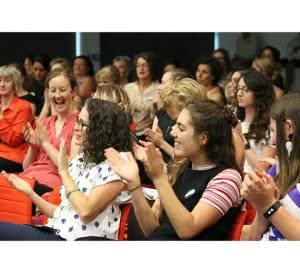 Join us for the next She Leads In-Conversation event on Tuesday 8 May from 6:15 – 8:15pm with Jax Jacki Brown. Jax Jacki Brown is a disability and LGBTI consultant, writer, spoken-word performer, public speaker, disability sexuality educator, and workshop designer and facilitator.