The model minority and the price of speaking out

Advocacy has long been a means used to directly influence contentious Australian public policy. As a result of advocates, there have been some significant wins in the past few years such as the success of the Let Them Stay campaign, the passing of the marriage equality law, the legislation of family violence leave and recently, the Northern Territory police officer who was charged with the murder of Indigenous man, Kumanjayi Walker. But have you ever stopped to think how this type of work impacts upon the advocates who are behind the scenes, especially on the women and minority women who speak out?

These were just some of the many questions lawyer and Director of Diversity Council Australia (DCA), Mariam Veiszadeh, discussed in her conversation with youth advocate, Yasmin Poole at PwC Canberra on Tuesday 19 November. 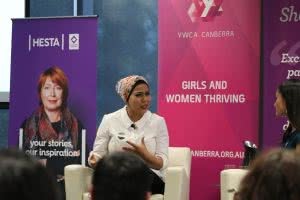 Mariam began the conversation by referring to herself as an ‘accidental advocate’, explaining that her advocacy journey began through generating heated Facebook rants on various social issues she was passionate about. When asked by Yasmin how she managed to graduate from social media rants to structured advocacy work, Mariam told us that she would often suggest to those who were already speaking out, to discuss certain topics. That’s when another woman in the space told her she could do it herself and encouraged Mariam to “step into her voice”. And that’s exactly what she did. Mariam stepped into her voice and started to branch out to writing and advocating within traditional media and then more formally on Twitter.

Mariam highlighted that in contrast to traditional media, which is oversaturated with the voices of white men, Twitter is a useful platform for amplifying the voices of minority women and people. For Mariam, Twitter was an ideal platform for her social commentary where her words and views were decisively outlined, unlike traditional media where her words were often taken out of context or sensationalised to meet an ulterior agenda. However, Mariam didn’t anticipate the onslaught from bigots who edited her tweets and reposted them in order to incite hate with the intention of extreme trolling and doxing. 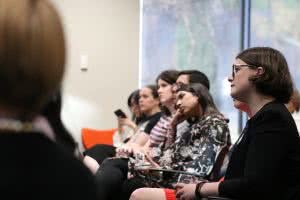 The crux of the trolling, derived from Mariam’s call to action to removing an Australia day singlet with a racist slogan being sold by large supermarket chain, Woolworths. Mariam’s tweet succeeded in its original intention, whereby Woolworths promptly removed the item from its stores however, trolls who had already been following Mariam used this as an opportunity to encourage others to troll her too. Mariam detailed the influx of online racial and Islamophobic abuse, including how her old address had been shared and the new tenants were subject to being sent strange and vile packages. “I’ve had police patrol my house, strange packages sent to my in-laws houses, I don’t post on social media much about my physical location anymore.” Mariam told us that one of the worst aspects of her situation was the relentless fear in which she had to live.

We know that it is commonplace for women to be on the receiving end of severe trolling, it’s one of the many ongoing symptoms of the underlying issue of gender inequality. However, the trolling and abuse becomes multifaceted when it is directed toward minority women as it is no longer solely gender based.

“It didn’t matter what I was saying, it was that I had an opinion and I was from a minority background,” Mariam told us. Mariam described how for minority women the brutality stems from other issues such as the pressure to conform to the concept of being the ‘model minority’. 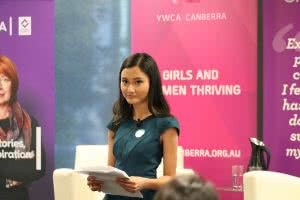 The model minority, she explained is where the media, society and institutions celebrate diversity, however only to a certain extent. The model minority does not speak up or step out of line, they must self-censor and always be grateful for the Western country they live in otherwise, they face backlash. We saw a clear case of this when Sudanese-Australian media presenter and writer, Yassmin Abdel-Magied spoke out on Anzac Day two years ago, which saw her moving to the UK after an outpour of abuse and trolling.

Mariam then questioned who does get the opportunity to speak up, saying that it is usually only people already at the decision-making table, who most of the time are not that diverse. Mariam highlighted how due to unconscious bias within recruitment, we rarely see marginalised groups of women within those high-level executive roles as we tend to hire people in our own image.

Mariam acknowledged that through her position at DCA, she could confirm statistics surrounding diversity have improved but that this is because we are seeing the bulk of diversity within entry level positions. Mariam posed another question, asking how we expect to tackle a lack of diversity when these are not conscious decisions, telling us that there needs to be fundamental institutional changes.

In order to make these changes, Mariam looks to representation within all aspects of society; however, she urges that it is important to advocate for targets to achieve tangible change. “It’s so important that the voices of minority groups are not only heard but are taken into consideration,” she said. Mariam outlined how representation allows people to humanise and relate to people of different backgrounds, something which would in effect reduce racial and Islamophobic hate. 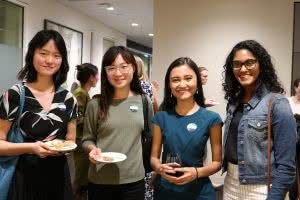 When asked how she persists in her advocacy journey, Mariam responded with three things; solidarity within minority groups, her refusal to back down and her need to give back to society. Mariam described how in her experience women and people from different minority groups can bond over experiences of prejudice, despite how different those prejudices can be. “We [minority women] all understand to some extent, what it is like to be the ‘other’,” she said.

Mariam acknowledged that because she is in a position where she can use her platform for good, she is determined to persevere. She clarified that trolls are simply trying to silence women to prevent them from having a platform, to which she will not back down.

“Women before me have taken more risks and helped to pave the way and I want to do the same,” Mariam said. “Throughout history change has been made by groups of agitators and disrupters, I’m ok to be collateral damage if it helps.”

Although it is outrageous and unjust that the price minority women must pay for speaking out is higher than others, it is something that Mariam is willing to endure in order to establish genuine diversity and inclusion.

DCA offer a range of diversity and inclusion knowledge programs focused on key diversity areas that can be delivered in-house. You can find out more information about DCA and their programs here.