The power of the hashtags and the impact of digital activism 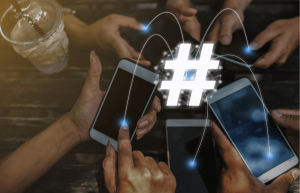 You might have come across hashtag campaigns on Twitter. They have been used in charity campaigns such as the #ALSIceBucketChallenge, by mass civil rights movement such as #BlackLivesMatter, and even in our work such as our #Towards2024 election platform. Hashtags hold the power to amplify voices, galvanise communities, boost readership and rally for real systemic change. So, you may be wondering, where did the humble hashtag come from? And how did it become the symbol for millions of activists around the world today?

What is a hashtag and why are they effective?

With the global reach of social media and the ability to engage key audiences, the hashtag has become a rallying symbol. They promote a collective response by giving people a free platform to express similar interests and concerns while harnessing solidarity. Perhaps one of the most prolific and powerful hashtags to have emerged is #MeToo.

The impact of #MeToo 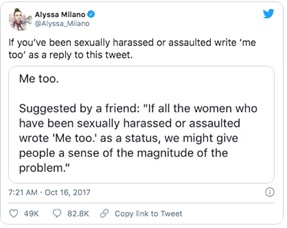 Within 24 hours of Alyssa Milano’s tweet calling on survivors of sexual harassment and assault to write ‘me too’ as a means to gauge the scope of the problem, #MeToo was tweeted over half a million times. According to a 2018 study conducted by the Pew Research Centre, the hashtag #MeToo had been used more than 19 million times since Milano’s initial tweet. With one in three women experiencing sexual violence in their lifetime, it is no wonder #MeToo became a movement that millions could get behind.

Although not the founder of the #MeToo movement, which is credited to Activist Tarana Burke, Milano’s hashtag created the momentum it needed to go viral. It gave women a forum to speak openly and candidly about their experiences of sexual violence in a place where they could feel seen.

The #MeToo movement proved even more powerful when it influenced institutional, and cultural change, as complaints of harassment filed from October 2017 to September 2018, to the US Equal Employment Opportunity Commission, rose by 12 per cent compared to the previous year. 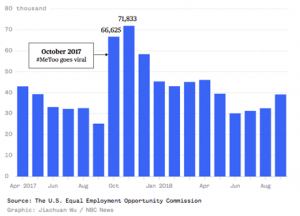 Perhaps the most defining moment of the #MeToo movement came during the investigation of Hollywood movie director and sexual predator Harvey Weinstein. During the peak of the movement, several women came forward with sexual assault allegations against Weinstein, prompting an investigation into the assaults and later his conviction.

A new age of digital activism

With so many hashtag campaigns, it is hard to predict exactly what goes into making a successful hashtag. In 2012, a high production video created by Invisible Children was shared across social media, to spread awareness of war crimes in Uganda.

#Kony2012 immediately drew international attention, generating five million hashtags in its first week. The swell of support led the organisation to raise over five million dollars within its first two days. As of March 2021, the video has been viewed more than 102 million times.

The campaign soon took a nosedive, however, when critics called out the organisation for over-simplifying the issue. The project was eventually abandoned.

Unlike #Kony2012 which was driven by a single organisation, #MeToo inspired millions of people regardless of resources or status, to share their own stories and give them a voice in a global chorus. It connected communities through an experience that was so widespread and pervasive, that it made the problem almost impossible for world leaders to ignore.

Although we cannot be certain of what the next hashtag movement will bring, one thing we can be certain of that hashtags are here to stay (see #March4Justice). In a time where social media has made us even more connected than ever, it is exciting to think that power can more or less rest in the hands of everyday civilians like you and me. So next time you find yourself writing out a tweet or using a hashtag, think about how you could potentially contribute to the next modern-day movement.