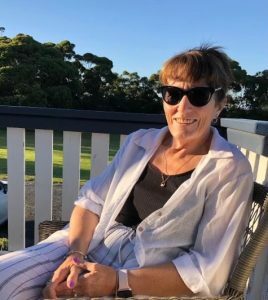 It is with great sadness that YWCA Canberra acknowledges the passing of Jackie Green. Jackie was one of our longest-serving team members in our Children’s Services Portfolio, with a career spanning over 21 years. She commenced as an Administration Assistant and, over the years, rose to be Children’s Services Programs Manager and apart from a change in position title remained in that role until her recent retirement. During this time, Jackie was instrumental in assisting with the growth of the children’s services portfolio at the Y, particularly in SAC and FDC, probably doubling the income and size in 8 years.

Jackie had a fabulous business head and was invaluable in budget preparation time at the Y. Jackie had endless patience and a fabulous sense of humour.  Her true strength was her love and respect for people. Jackie made a significant contribution to the team and took enormous pride in looking after all the educators and office staff in Children’s Services, but particularly those directly reporting to her. Jackie was often referred to as the office mother because of how much she cared.  Jackie was hugely popular with staff across the organization and was a much-loved and respected figure at YWCA Canberra.